[1]Homeowners and appraisers are inching closer to seeing eye to eye in terms of home value opinions.

Quicken Loans’ national Home Price Perception Index [2] found that the average appraisal in November was 1.87 percent lower than the value the homeowner expected.

For the third consecutive month in November, the gap between homeowner and appraisal values has closed. In October, the difference between the values was slightly higher at 1.98 percent. November will mark the tenth consecutive month that homeowners valued their homes higher than appraisers.

San Jose, California; Denver, Colorado; and San Francisco, California all had appraiser opinions that were higher than homeowners' values in November at 5.15 percent, 4.31 percent, and 4.16 percent.

“The variation in HPPI values across the country is a reminder of how localized real estate truly is,” said Bob Walters, Quicken Loans Chief Economist. “While home values continue to make leaps forward on the west coast, it takes time for the homeowner to recognize those gains. In the same vein, home value increases are moderating in much of the country, causing homeowners to be overly optimistic about their property’s value.” 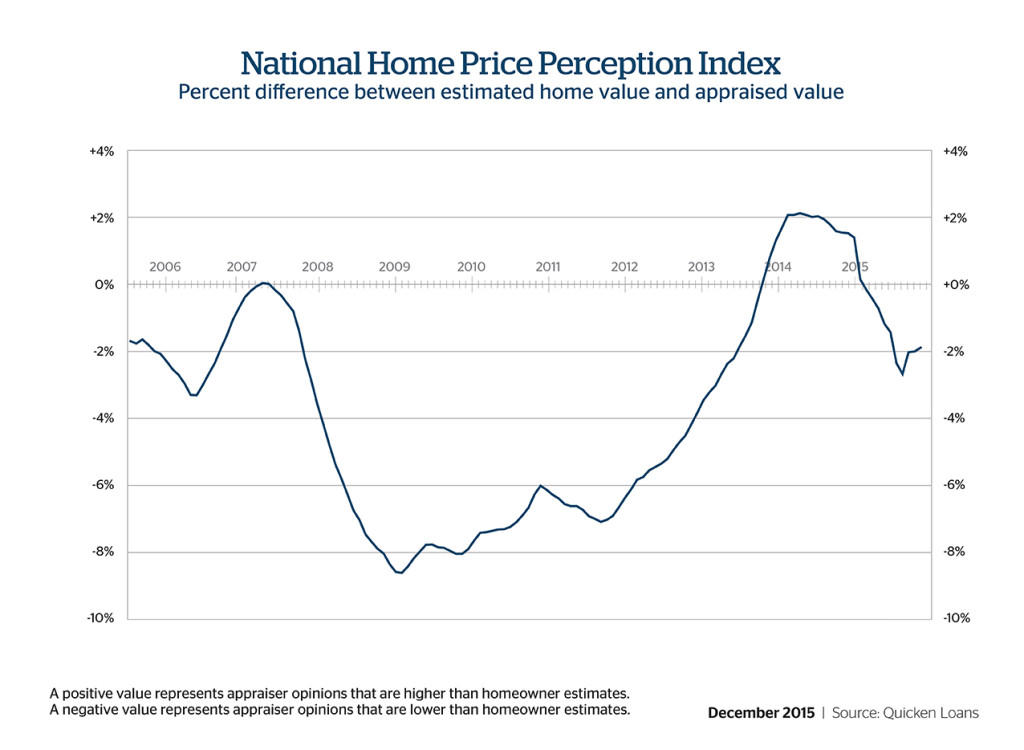 Quicken also reported that home values across the nation increased in November, according to the company's Home Value Index (HVI). Appraisal values rose an average of 1.08 percent month-over-month, and have increased 4.84 percent year-over-year.

The South had the largest home value growth from October to November,but the West continues to lead in yearly increases in appraised values. 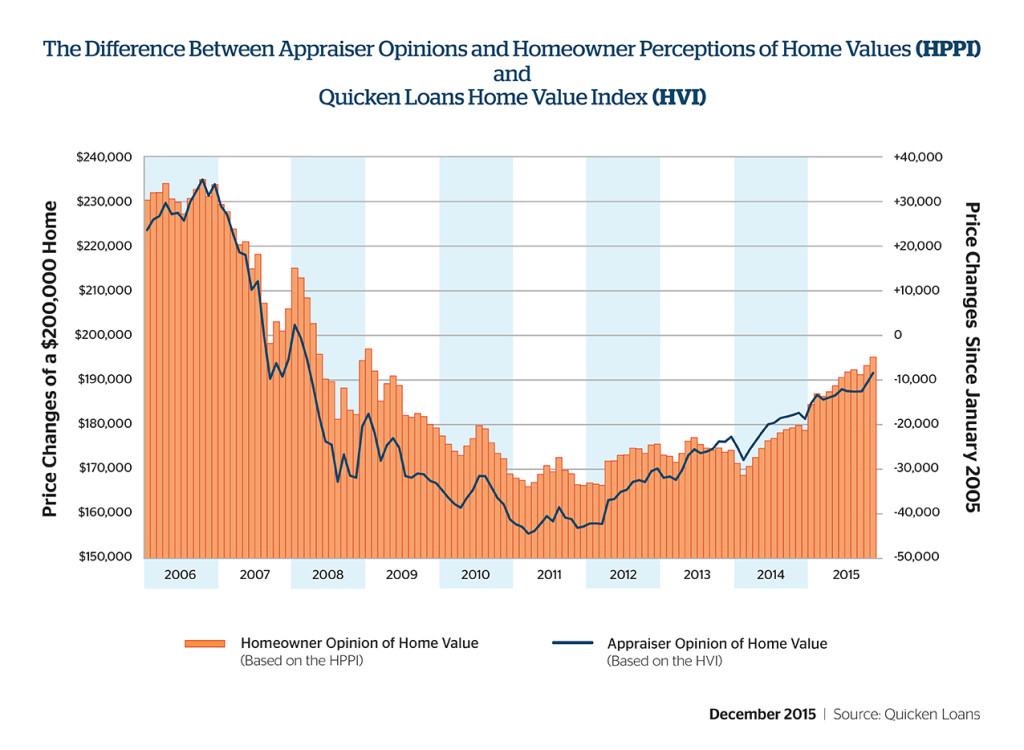