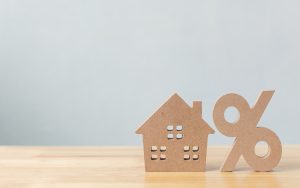 “Mortgage rates have moved sideways over the last several weeks, fluctuating within a narrow range,” said Sam Khater, Freddie Mac’s Chief Economist. “Going forward, the path that rates take will be directly impacted by more information about the Omicron variant, as it is revealed and the overall trajectory of the pandemic. In the meantime, rates remain low and stable, even as the nation faces declining housing affordability and low inventory.”

The Mortgage Bankers Association (MBA) reported the refi share of overall mortgage activity increased to 63.9% of total applications, up from 59.4% the previous week. Continued low rates have sparked a surge in refis, with homeowners looking to save monthly are striking while rates remain close to the 3% range.

Joel Kan, MBA's Associate VP of Economic and Industry Forecasting, noted, “Borrowers are continuing to act on these opportunities, but if rates trend higher as MBA is forecasting, the window of opportunity to refinance will continue to get smaller." 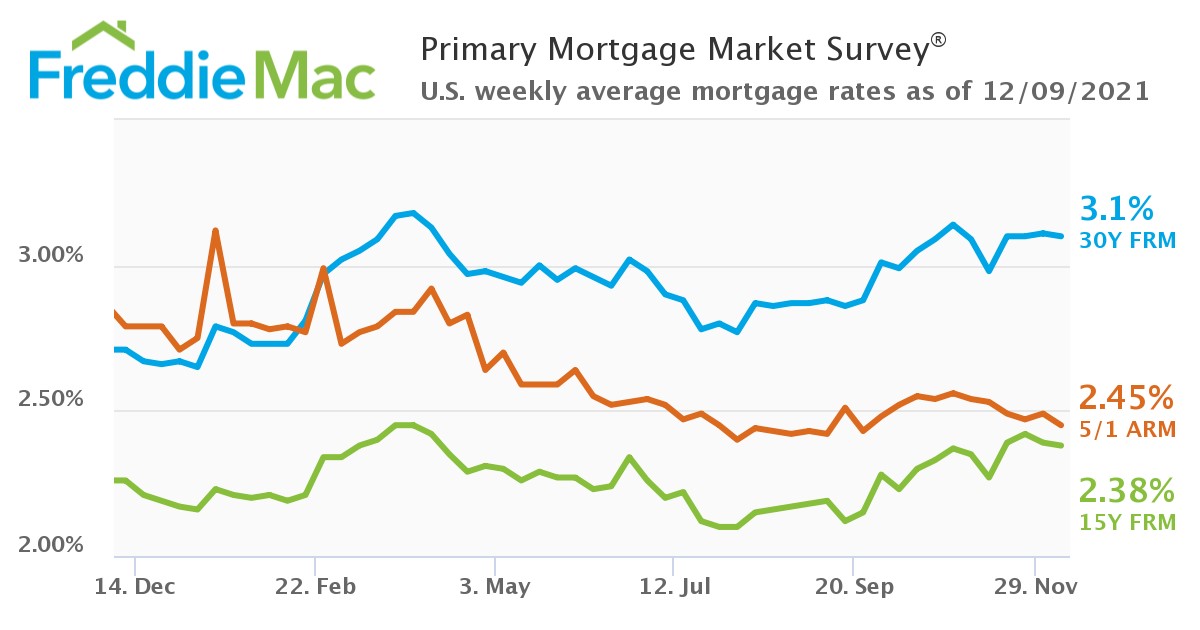 With rates still bordering the 3% range, Fannie Mae’s latest Home Purchase Sentiment Index (HPSI) fell slightly in November, as consumers expressed not only mixed feelings on homebuying and home-selling conditions, but also their greatest economic pessimism in nearly a decade. Overall, four of the HPSI's six components decreased month-over-month. In November, 74% of respondents reported that it's a good time to sell their home, compared to the 29% of consumers who reported that it's a good time to buy. Consumers also continued to report strong expectations that mortgage rates will increase over the next 12 months, and they expressed even greater pessimism about the direction of the economy, with nearly 70% saying was on the wrong track. Year over year, the full index was down 5.3 points.

In a market continuing to struggle with supply issues, a new report from Zillow has found signs pointing to a house building boom, as the number of building permits that were created this summer reached 1.69 million, well above the 1.5 million mark at which Zillow indicates as a boom.

While the supply forecast is looking promising, the continued shortage of homes for sale in the nation continues to drive home prices skyward. CoreLogic’s latest Home Price Index (HPI) and HPI Forecast revealed that home prices increased by 18% year-over-year in October 2021, the highest level seen since the HPI was tracked nearly 45 years ago.

“Real estate markets remain competitive in what is historically a slower time of the year,” noted Realtor.com Manager of Economic Research George Ratiu. “The typical home spent just 47 days on the market, nine days fewer than a year ago, as buyers continue searching for their next home and interest rates remain low. The search for affordability is top of mind as we move into 2022.”

Strong employment numbers from the U.S. Department of Labor may further propel the economy as it was reported that for the week ending December 4, the advance figure for seasonally adjusted initial unemployment claims was 184,000, a major drop of 43,000 from the previous week's revised level, and the lowest level for initial claims since September 6, 1969, when unemployment claims came in at 182,000.

“The Freddie Mac fixed rate for a 30-year loan moved sideways again this week, as investors reacted to positive news about the potential impact of the omicron variant and the job openings report, which showed a widespread labor shortage that is likely to put upward pressure on wages into 2022,” added Ratiu. “Markets are focused on this week’s Consumer Price Index and indications about the inflation trajectory, as the Federal Reserve’s FOMC meets next week. The central bank has been indicating that it may speed up its asset tapering and possibly resort to other changes in monetary policy to stem what looks to be a longer-lasting period of strong inflation. The 10-year Treasury rose from 1.43% on Monday to 1.51% today, an indication that bond investors are less concerned about omicron’s impact on the economy.”