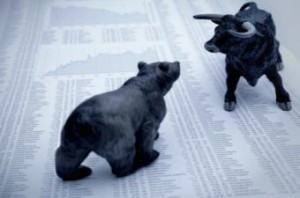 Although the housing market is expected to see slower growth in 2016, the industry is expected to continue on the path to recovery as the market expands and more households are formed.

Bank of America Merrill Lynch Global Research recently released its outlook for the markets in 2016. According to the data, 2016 will be a year of modest global and economic growth.

In addition, emerging markets will begin to recover slowly and single-digit stock returns will be led by high-quality cyclicals.

Bank of America reported that the road to recovery for the U.S. housing market is expected to continue in 2016. New household formations (housing starts) are expected to reach 1.275 million. Exiting home sales could increase by 5 percent, while new home sales could experience a 10 percent growth rate.

The report also noted that home price appreciation could slow in 2016, with prices only rising by 1 percent, as overvaluation becomes more prevalent in the market compared to income.

The highly anticipated interest rate hike from the Fed may interfere with the housing recovery, but the research shows that "the Fed’s go-slow approach should prevent a painful rise in mortgage rates."

Over the long-term, the research found signs of the market leaning toward renting over homeownership, which could produce an increase in multi-family housing construction.

Other highlights from the Bank of America Report include:

“We’re seeing an aging bull market with a lot of upside potential in it, but also the beginning of slow, steady growth in the capital markets and innovation-led shifts in business cycle,” said Candace Browning, head of BofA Merrill Lynch Global Research. “The greatest opportunities for investors may be found among carefully selected, healthy dividend-paying stocks and thematic investments in innovators reshaping market dynamics over the next decade.”

Previous: The MReport Webcast: Thursday 12/10/2015
Next: Are TRID Compliance Violations an Epidemic in Mortgage Industry?