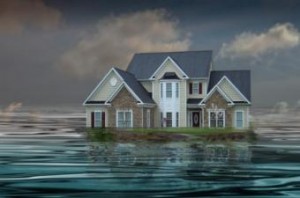 While many factors contribute to the overall health of the housing market and economy, home equity is providing a major boost to the overall position of U.S. households.

A recent report from the Financial Accounts of U.S. and analysis from the National Association of Home Builders (NAHB) found that household holdings of real estate reached $21.826 trillion in the third quarter of 2015, up $1.365 trillion from $20,461 trillion from last year.

In addition, the reports showed that home mortgage debt outstanding totaled $9.460 trillion in the third quarter of 2015, up $78.0 billion from last year during the same time.

The NAHB analysis concluded that because household-held real estate grew at a much faster pace than the total amount of mortgage debt outstanding, this means that home equity among consumer grew.

According to the Financial Accounts of the U.S., home equity totaled 12.366 trillion in the third quarter of 2015, up 11.6 percent year-over-year, and is now 56.7 percent of household real estate.

The amount of underwater mortgages in the U.S. continues to decline, but is not fully helping the housing market on the road to recovery, particularity in many large markets that were heavily impacted during crisis times.

The negative equity rate nationwide fell in the third quarter to 13.4 percent of underwater borrowers, down from last quarter's percentage of 14.4. One year ago, 16.9 percent of homeowners owed more on their home than it's worth, Zillow's Negative Equity Report showed.

"Negative equity has become almost an afterthought in a handful of the nation's hottest markets, but is holding back the recovery in dozens of large markets nationwide," said Dr. Svenja Gudell, Zillow's Chief Economist.

She added, "Despite steady declines in negative equity, many cities are still facing tight inventory, especially among entry-level homes. Those homes that are available are often not in demand and stay on the market for a long time. This can be extremely frustrating for buyers and sellers alike, as they come face to face with the difficult side effects of negative equity."