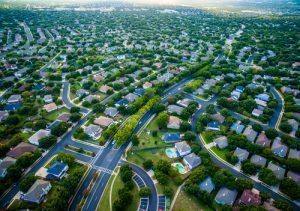 The forecast found that in 2017, San Francisco, San Rafael, and San Jose had the highest current sale prices for the fourth year running. This year, they are the only CBSAs in the U.S. with an average sales price that exceeds $1 million.

In fact, California CBSAs accounted for 12 of the top 15 spots for highest current sale price, with Vineyard Haven, Massachusetts (No. 4); Honolulu, Hawaii (No. 8); and Seattle, Washington (No. 15) rounding out the rest of the list.

The forecast also examined the months of remaining inventory (MRI) to determine how hot the market was at a particular time. If an area has a high MRI (10 months), it means that the market was saturated or a buyer’s market. If MRI was low (below three months), it becomes a seller’s market, with a balanced market pegged at having around six months of inventory at a given time.

Based on MRI, the forecast found that the West Coast scored high in this category as well, with San Jose, Seattle, and San Francisco emerging as the top three markets with under two months of inventory, leading to fierce competition for homes and many selling for above asking price.

In total, the forecast found 49 CBSAs with MRIs under three months—reflecting just how tight the housing market is right now. On the flip side, only three CBSAs had MRIs over 10 months.

The report also calculated the markets based on sales price appreciation. It noted that the top three markets for the year had more than 15 percent appreciation. However, San Jose and Seattle—which were ranked first and third, respectively—were areas with high real estate costs and low inventory, leading to new highs each month. On the other hand, Providence, Rhode Island, which was ranked second, is slowly making up losses since the real estate crash.