2022 Ends With Mortgage Rates on the Rise 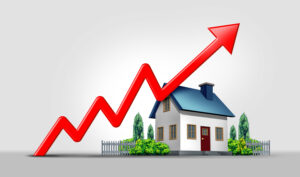 After six consecutive weeks of decline, the fixed-rate mortgage changed course this week, heading upward for the first time in a while, as the latest Primary Mortgage Market Survey (PMMS) from Freddie Mac found the 30-year fixed-rate mortgage (FRM) up week-over-week, rising 15 basis points to 6.42% over last week’s reading of 6.27%. A year ago at this time, the 30-year FRM averaged 3.11%.

“The housing market remains in the doldrums with declining sales, inventory and prices,” said Sam Khater, Freddie Mac’s Chief Economist. “The declines in sales and deceleration in home prices began swiftly earlier in 2022, but have moderated more recently. While the intensity of weakness is moderating, the market continues to decline and forward leading indicators suggest housing will remain weak throughout the winter.” 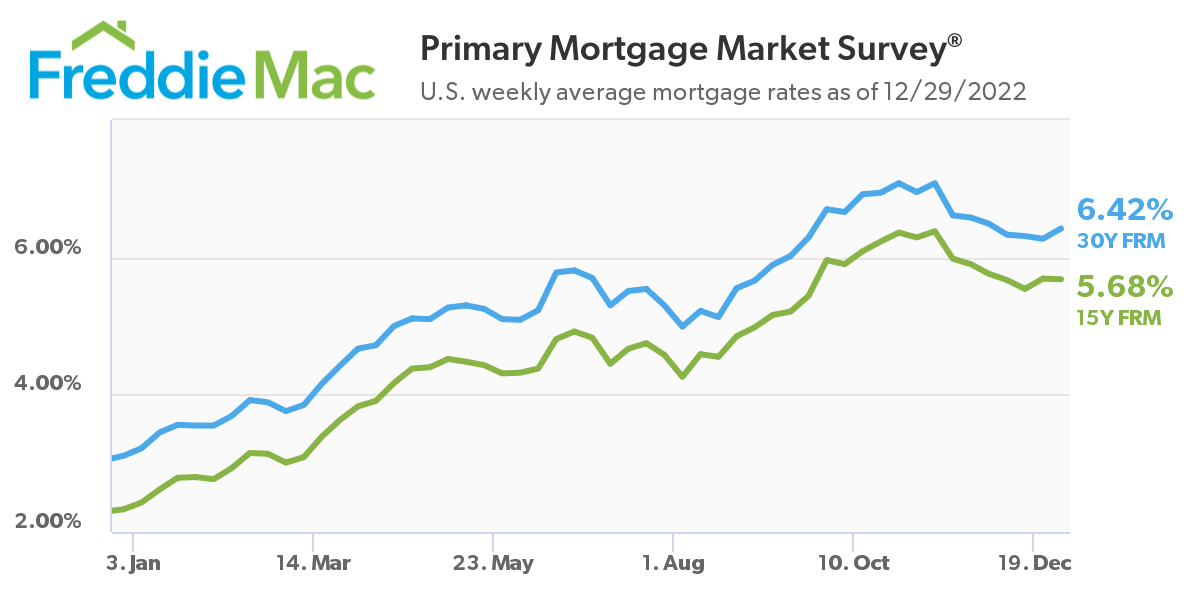 “The Freddie Mac fixed rate for a 30-year loan rebounded this week, to 6.42%, following in the footsteps of the 10-year Treasury, which rose from 3.45% at the midpoint of the month to 3.86% yesterday,” said Realtor.com Manager of Economic Research George Ratiu. “With an eye toward the new year, investors are weighing this month’s positive economic data against the Federal Reserve’s continued monetary tightening. On one hand, third quarter gross domestic product was revised upward twice, the job market remains on solid footing, inflation has been moderating, and consumer confidence hit the highest point in eight months. On the other hand, corporate executives are feeling more bearish on account of borrowing costs going higher, with the perceived risk of recession rising. Concerns about the business outlook could prompt more company leaders to freeze hiring, or resort to broader layoffs in 2023.”

While rates still above the 6%-mark chase potential buyers away, one positive byproduct of the market’s current state is the influx of housing supply. Redfin has reported that the total number of homes for sale rose 18% year-over-year during the four weeks ending December 25, the biggest increase since at least 2015. The typical home was on the market for 40 days before going under contract, more than double the record low of 18 days set in May and the slowest pace since January 2021. Just 28% of homes went under contract within two weeks, the lowest share since January 2020.

“For homebuyers and sellers, today’s mortgage rates remain a significant barrier to successfully closing transactions,” added Ratiu. “Contract signings and sales of existing homes have been declining for most of 2022, and transactions are fully submerged under a blanket of snow. Even as would-be sellers have pulled back from the market, the number of homes-for-sale is growing. At the same time, prices have yet to reach parity with last year, even with the noticeable decline from summer’s peaks. The bottom line is that, for the buyer of a median-priced home, today’s mortgage rate translates into a monthly payment of about $2,100—without taxes or insurance—a 63% increase from last year.”