According to the FHFA, the rule enacts portions of the FHLBank Act, which governs eligibility for membership and establishes requirements for an institution to become and remain a member of a FHLBank.

The FHFA announced that the final rule omits two provisions from the 2014 proposed rule. One of these provisions would have required a small, 2 percent of FHLBank members to maintain ongoing minimum levels of investment in specified residential mortgage assets in order to remain eligible for membership. Meanwhile, the other 98 percent of members were found to be in compliance with the proposed requirement.

The FHFA ultimately determined that "the benefit of forcing the remaining two percent of current members to comply with these proposals would be outweighed by the burden the proposal would impose." 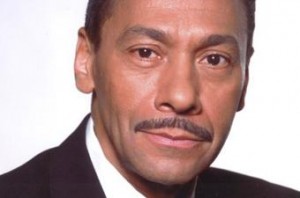 FHFA Director Melvin L. Watt noted, “The statutory requirements for members to continue their commitment to housing finance can be addressed by monitoring the levels of residential mortgage assets they hold and we, therefore, decided not to include the ongoing investment requirements in the final rule."

The FHFA stated that the final FHLBank membership rule also does include the provision that  defines “insurance company” to exclude so-called “captive insurers," which will keep non-eligible entities from gaining de facto membership through a captive insurer.

In addition to the above changes, FHLBanks will also be required to obtain and review audited financial statements for insurance company applicants when considering them for membership.

The National Association of Federal Credit Union (NAFCU) applauded the FHFA on their amendments to the proposed rule that does not require credit unions to hold 10 percent of their total assets in residential mortgage loans on an ongoing basis.

“NAFCU is pleased the agency heeded our suggestion by not imposing the 10 percent standard on an ongoing basis,” said NAFCU EVP of Government Affairs and General Counsel Carrie Hunt. “NAFCU firmly believes that credit unions should have the flexibility to manage their mortgage portfolios with the best interest of their members in mind, rather having to manage to meet an arbitrary standard. Extending the 10 percent standard on an ongoing basis would have unnecessarily restricted a credit union’s ability to provide the mortgage financing needed by their members and the communities that they serve.”

Previous: Castro Adds Fuel to VP Speculation Fire
Next: Where Are the Top Ten Hottest Housing Markets for 2016?