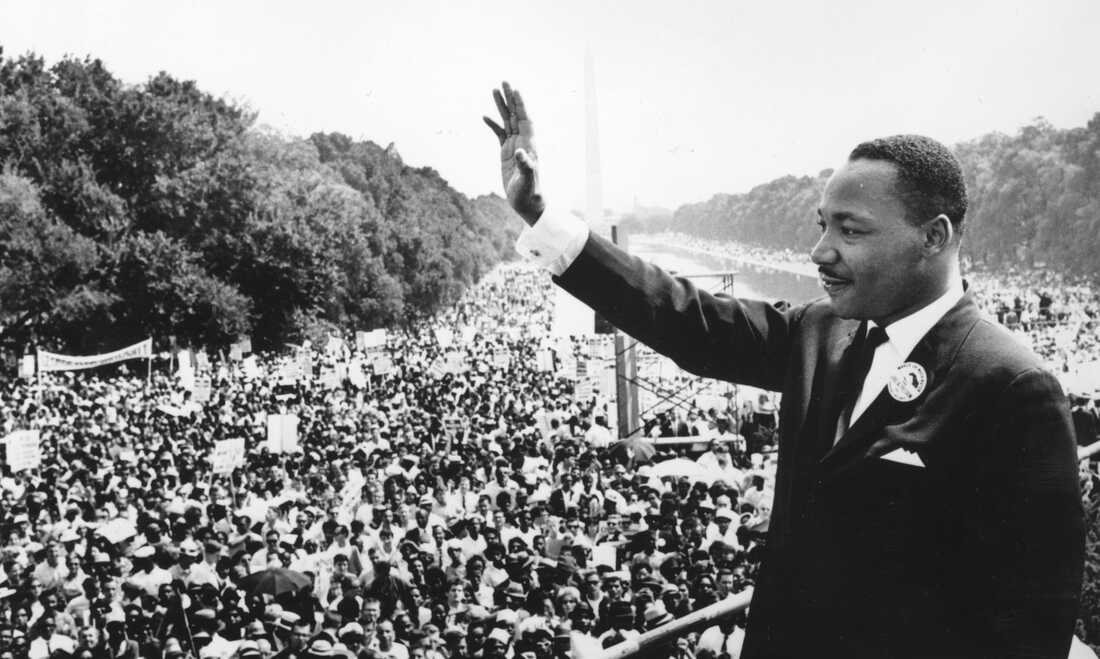 Black American civil rights leader Martin Luther King (1929 - 1968) addresses crowds during the March On Washington at the Lincoln Memorial, Washington DC, where he gave his renowned 'I Have A Dream' speech.

On Monday, January 16, Marcia L. Fudge, the Secretary of the U.S. Department of Housing and Urban Development (HUD), will be speaking on a panel alongside U.S. Education Secretary Miguel Cardona, AmeriCorps CEO Michael D. Smith, and Director of the Peace Corps Carol Spahn on the importance of Dr. Martin Luther King Jr.’s legacy and public service. Secretary Fudge will then join George Washington University (GW) students in a day of service with Sasha Bruce Youthwork (SBY) Independent Living Center.

Secretary Fudge will participate in a Fireside Chat at 11:30 a.m. at GW, where she will discuss how modern-day housing issues intersect with the civil rights legacy Dr. King helped inspire. At 1 p.m., the Secretary will arrive at Sasha Bruce Youthwork to complete a mural installation and paint an apartment at SBY’s Independent Living Program for formerly homeless young adults, ages 18-24, accompanied by 20-30 GW students and several former and current homeless youth.

arks on the intersection of public education, housing, and the meaning of service. Following this, she will be joined by U.S. Transportation Secretary Pete Buttigieg and Commerce Deputy Secretary Don Graves, among other civic leaders, political leaders, and volunteers for a service project at the school. 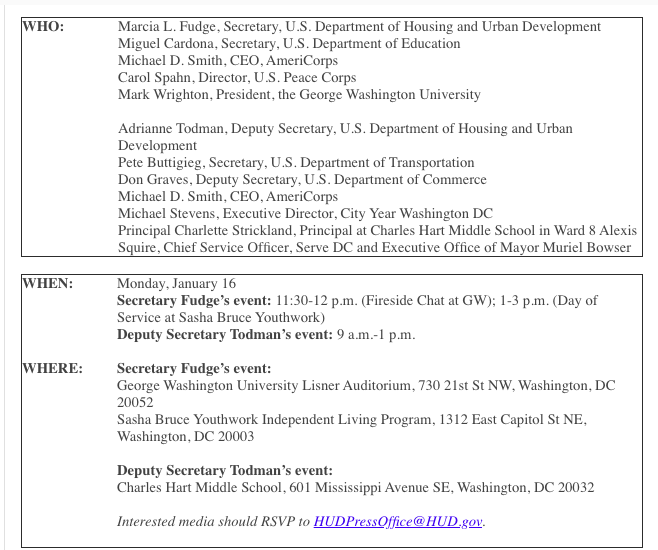 Interested press are invited to RSVP to cover Secretary Fudge’s or Deputy Secretary Todman’s MLK Day engagements at [email protected]. When RSVPing, please indicate which event you will attend and to what portions you intend to attend. Please also indicate whether you will require a seat or camera location.

Previous: The Week Ahead: Examining Top Agent Strategies for 2023
Next: Charlotte Predicted as Hottest Housing Market in 2023