Home >> Daily Dose >> Fair Weather or Headwinds for the State of Housing?

Fair Weather or Headwinds for the State of Housing? 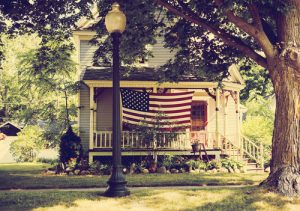 On Tuesday evening, President Trump delivered his State of the Union address before the Congress. The White House released excerpts from the speech before it began, highlighting a focus on immigration reform, infrastructure, national security, and the economic impacts of the tax reform bill.

The President began his address by recognizing the heroes and victims of the natural disasters that struck the country in 2017. “We are with you, we love you, and we will always pull through together," President Trump said, addressing the hurricane victims in Puerto Rico, Florida, and Texas and the wildfires of California.

According to data released by The Federal Emergency Management Agency (FEMA) more than 4,000 households ravaged by the wildfires in Sonoma county, California, in October 2017 were eligible for government-provided temporary public housing. Of these, only 184 are currently living in a direct housing option such as manufacturing housing units, recreational vehicles, or in directly leased units.

Touching upon the economic growth of the country, President Trump said that the massive tax cuts from the Tax Reforms and Jobs Bill introduced earlier this year has provided tremendous relief for the middle class and small businesses. “Roughly 3 million workers have already gotten tax-cut bonuses,” he said. The economy created 2.4 million jobs including 200,000 new jobs in manufacturing alone.

While it’s still too early to know how the tax reform bill will impact the economy in the long run, there have been some near-term results ascribed to the tax cuts. Last week, JPMorgan announced it was raising hourly wages, hiring thousands of new employees, and opening new branches around the country. On the other hand, critics point to data such as a recently released Urban Institute report that predicts the tax bill and the administration’s proposed budget could hinder access to housing assistance, which is a safety net for low-income households.

For the housing industry, this has meant a continued phase of robust growth. The S&P CoreLogic Case-Shiller Indices showed year-over-year increases of 5 percent or more for 16 straight months. This trend was also reflected on many other indices, including the First American Real House Price Index analyzing the November 2017 data, which showed that homes were 5 percent more expensive compared to the same period a year before.

Existing home sales increased 1.1 percent to 5.51 million sales, surpassing the 5.45 million recorded in 2016. This marked the highest existing home sales since 2006, according to a report published by the National Association of Realtors (NAR).

But perhaps the most important statement that the President made reflecting a possible scope of reforms in housing on the cards was on the elimination of regulations during his first year in office. “We eliminated more regulations in our first year than any administration in the history of the country,” he said during his address.

Despite regulation expanding with the new HDMA guidelines that took effect in January 2018, the trend seems to be veering away from “regulation through enforcement,” making lenders more hopeful of a positive dialogue with CFPB, according to a report by analytics firm STRATMOR. The industry is closely following the latest changes in leadership at the CFPB and the nominations for the Federal Housing Administration (FHA) to gauge the administration’s stance on easing regulations.

Meanwhile, the GSEs have shown growth, with first-time homebuyer share of GSE purchase loans recording the highest level in recent history at 48.1 percent in April and 46.4 percent in October 2017, according to a report by the Urban Institute.

“The President deserves a great deal of credit for commendable appointments to positions in his administration that affect housing," said Five Star Institute President & CEO Ed Delgado. "The mortgage industry and the officials that regulate it are in need of a renewed focus on creating sustainable solutions that foster growth in homeownership and create new opportunities for responsible access to credit. We look forward to continuing to partner with all stakeholders in finding common ground in the furtherance of these goals.”