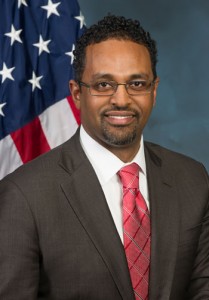 The Five Star Institute announced the addition Friday of Biniam T. Gebre, acting commissioner of the Federal Housing Administration (FHA), as a featured speaker at the Sixth Annual Five Star Government Forum on March 18 at the Newseum in Washington, D.C.

Gebre will sit down for a one-on-one interview with Five Star Institute President and CEO Ed Delgado to discuss FHA policies, standards, and programs impacting housing and homeownership across the United States.

Gebre joined FHA in July 2013 as HUD's General Deputy Assistant Secretary for the Office of Housing and was named Acting Commissioner of FHA in October 2014. He has co-led several major priorities for HUD since joining the Department a year and a half ago, including efforts to transform how HUD delivers rental assistance, policies to modernize and preserve FHA's 80-year history of providing affordable access to credit, and initiatives to improve the Office of Housing.

Prior to joining HUD, Gebre was a Principal at McKinsey & Company, where he led many engagements on housing finance, risk management, leadership development, and organizational effectiveness. He co-founded the McKinsey Center for Government, McKinsey's global hub for research, collaboration, and innovation in government performance. He has also been the founding leader of the Development Agencies and International Aid Practice and of the Real Estate Finance Practice.

Gebre has a BA from Williams College in Chemistry and an MBA in Finance and Economics from Northwestern University.

The Sixth Annual Five Star Government Forum is a unique opportunity for the leaders in mortgage servicing to join together with leaders from the nation's capital and take part in an open and honest dialogue about the most pressing issues that affect the entire housing economy. Featured speakers will include U.S. Representative Randy Neugebauer from Texas, officials from government agencies such as Fannie Mae, Freddie Mac, Ginnie Mae, HUD, Treasury, and CFPB, and executives from the nation's top lenders and servicers.