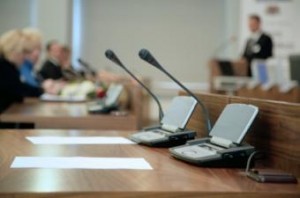 In his first time to testify before Congress since taking over his post last July, HUD Secretary Julian Castro on Wednesday defended the decision to lower Federal Housing Administration (FHA) mortgage insurance premiums and predicted that the agency's Mutual Mortgage Insurance Fund would exceed the required 2 percent ratio within two years.

Castro faced the House Committee on Financial Services and explained why he believes that FHA is in a "strong" position to lower its premiums by 50 basis points down to 0.85 percent despite the MMI Fund's value falling well short of the 2 percent threshold it is required by law to maintain. HUD reported to Congress in November that the economic value of the MMI Fund  represented a capital reserve ratio of 0.41 percent.

"We've taken aggressive action to improve our underwriting standards, including introducing a credit score floor, requiring a higher down payment from borrowers with a FICO score under 580, and imposing higher minimum net worth requirements for lenders—and FHA is back in the black as a result," Castro said in his opening remarks. "Our Mutual Mortgage Insurance Fund has a net worth of $4.8 billion, according to the independent actuary’s most recent annual report to Congress. It’s grown more than $21 billion in just two years. Even with the reduction, premiums are still 50 percent higher than pre-crisis levels."

Castro estimated that over the next three years, the recent lowering of the insurance premiums will save more than two million households more than $2 billion, bring an estimated 250,000 new homebuyers into the market, and create "tens of thousands of jobs."

One of Castro's primary goals in his seven months as HUD Secretary has been taking measures to increase homeownership among Americans and therefore boost the economy.

"So our actions maintain a careful balance between strengthening our fund and advancing our mission," he said. "That’s why dozens of nonpartisan groups—from the National Association of Realtors to the National Community Reinvestment Coalition to the Mortgage Bankers Association—are supporting our measures. And we’ll continue to work with stakeholders to preserve FHA’s role as a champion for opportunity."

Some of the members of the House Financial Services Committee were not convinced that recent measures enacted by HUD and FHA were in the best interest of the American people, however.

"If a private company operated the way FHA operates, it would be shut down," said Representative Blaine Luetkemeyer (R-Missouri), Chairman of the Housing and Insurance Subcommittee. "Much of the capital FHA does hold has come from a taxpayer bailout and justice department settlements. I fear that has created a false sense of security surrounding the fiscal health of the agency. In spite of all this, the agency has decided to lower mortgage insurance premiums. This policy change squeezes what could be a more robust private industry out of the market and increase taxpayer exposure."

Representative Jeb Hensarling (R-Texas), chairman of the committee, was skeptical of Castro's prediction that the MMI Fund would rise above the 2 percent ratio in the next two years. While Castro admitted that the fund is currently below the required 2 percent ratio, he would not admit that HUD was in violation of the law.

"I sense you do not care to state the obvious, Mr. Secretary," Hensarling said. "With all due respect, you're relatively new on the job. Many of us have been here before listening to your predecessors, listening to Ms. [Carol] Galante's predecessors, saying in no time flat, the Mutual Mortgage Insurance Fund is going to recover. We get all these rosy projections, and none of the projections have ever proven accurate. So we are concerned. After all these years, at what point does HUD and FHA intend to follow the law? Is there some point?"

Castro responded that HUD and FHA were "working very hard to reach the 2 percent ratio," to which Hensarling said, "If you're working very hard, you just cut off an income stream. You just lowered premiums by 40 percent. That is revenue that could have gone back to help compensate taxpayers, number one, for their bailout, and number two, to help you get back to compliance with the law."

Castro then doubled down on his prediction that the MMI Fund would be above the 2 percent ratio within two years, citing its growth by more than 21 billion in the previous two years and safeguards that have been put in place to strengthen the fund, such as five insurance premium increases, a credit score floor, and the elimination of seller-assisted down payments.