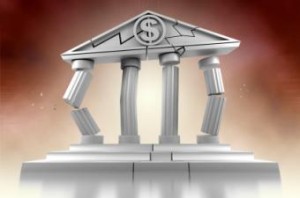 An Atlanta bank became the third FDIC-insured institution to fail so far this year after regulators shut it down over the weekend.

Georgia's Department of Banking and Finance took possession of Capitol City Bank & Trust Company on Friday, citing the bank's "unsound condition" as a result of losses on real estate loans. Despite receiving help to shore up its capital, it was unable to recover following the financial crash.

Acting as receiver, FDIC announced a purchase and assumption agreement with North Carolina's First-Citizens Bank & Trust Company, which will take over the failed bank's eight branches scattered throughout the Atlanta area.

With an estimated $262.7 million in total deposits as of year-end 2014 and $272.3 million in total assets, Capitol City is the biggest bank to fail so far this year, topping smaller closings in Florida and Illinois. In addition to taking over the closed bank's deposits, First-Citizens Bank & Trust has agreed to purchase essentially all assets, FDIC said.

The agency estimates its Deposit Insurance Fund (DIF) will take a $88.9 million hit as a result of the closing.

Previous: LenderLive Names SVP of Operations for Settlement Services
Next: Economists Brighten Up on Labor, Housing