Congress to Examine Financial Health of FHA in Hearing 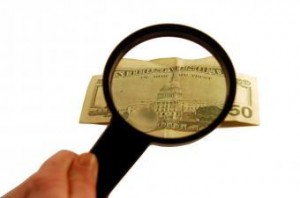 The second in a series of hearings to examine the financial health of the Federal Housing Administration (FHA) will take place Thursday in Washington, D.C., according to an announcement from the chairman of the House Committee on Financial Services, Representative Jeb Hensarling (R-Texas).

The Housing and Insurance Subcommittee of the House Committee on Financial Services will hold the second hearing in the series, entitled The Future of Housing in America: Oversight of the Federal Housing Administration, Part II, on Thursday, February 26, beginning at 10 a.m. Eastern time.

The first hearing in the series took place on February 11 in the House Committee on Financial Services, where U.S. Housing and Urban Development (HUD) Secretary Julián Castro testified before Congress for the first time since being appointed to that position in July 2014.

Republicans on the HFS Committee grilled Castro in that hearing on the FHA's financial state, and in particular the Mutual Mortgage Insurance (MMI) Fund, which reported a capital reserve ratio of 0.41 percent in November – less than a quarter of its required 2 percent level. Castro repeatedly praised the fund's recent growth, predicted that the MMI fund would reach that 2 percent level within two years, and defended FHA's recent lowering of the mortgage insurance premiums by 50 basis points down to 0.85 percent.

Representative Blaine Luetkemeyer (R-Missouri), the chairman of the Housing and Insurance Subcommittee, was one of the most vocal critics of FHA's policies during last week's hearing.

"Today’s testimony from Secretary Castro was disconcerting to say the least," Luetkemeyer said in a statement following Castro's testimony to the Committee. "The Secretary’s answers were as inconsistent and alarming as FHA’s policies. It is clear to me that this agency suffers from not only misguided policy but also mismanagement. FHA continues to try to grow its way out of a problem, and it is putting the American taxpayers at risk. FHA today holds less than one quarter of the capital it is statutorily required to hold in the Mutual Mortgage Insurance Fund. When you remove the 2013 taxpayer bailout of $1.7 billion and billions of dollars more in Justice Department settlements, the capitalization of the fund falls to .08 percent. If a private company operated the way FHA operates, it would be shut down."

Also next week, according to Hensarling's announcement on Friday, there will be a full Committee hearing to receive the semi-annual report on Monetary Policy and State of the Economy from Janet Yellen, chair of the Federal Reserve. That hearing will take place Wednesday, February 25, starting at 10 a.m. Eastern time.