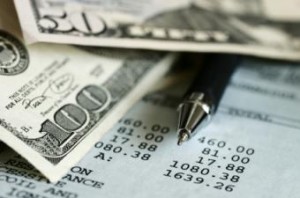 An accompanying report to the call highlights previous accomplishments of the Obama administration, while providing forward-looking programs to help those in need of housing. The report noted, "HUD and its partners have steered the housing market through one of the worst recessions in recent history, while continuing to serve the most vulnerable."

HUD has reduced veteran homelessness by 24 percent since 2010, helped 3.9 million families buy a home in the last five years, and assisted 450,000 families in avoiding foreclosure this past year.

The topline budget numbers are already set in law as a result of The Murray-Ryan Bipartisan Budget Act of 2013.

"This year's budget presents a unique opportunity for HUD to work within the frame of the Bipartisan Budget agreement while continuing to build ladders of opportunity for all Americans," Donovan said. "This funding will continue to help strengthen and stabilize our nation's housing market while putting our economy back on the right track and helping those in most need."

A portion of the new budget would be used to create a pilot program, Homeowners Armed with Knowledge (HAWK), a "new housing counseling pilot to increase access to credit for first-time homebuyers and to embed counseling for troubled homeowners, further strengthening the FHA fund," the report said.

Additionally, housing counseling would be increased by 33 percent to $60 million.

"Housing counseling delivered by HUD-approved counselors not only benefits the family, but actually lowers the risk of default," Donovan said on the call.

Carol Galante spoke about the proposed new administrative fee collected by the FHA. The fee would be used to further the FHA's Quality Assurance efforts by expanding its ability to monitor loans.

"The fee is for being able to implement our Quality Assurance framework, which includes things like sampling of a more diverse portfolio of loans, not only looking at loans in default," Galante said.

The purpose of the new fee is to provide feedback to lenders in a "timely way," so that "Lenders can lend with confidence to the full credit spectrum of borrowers," Galante said.

Donovan reinforced Galante's statement, clarifying the goal of the fee and the purpose of Quality Assurance efforts: "As the FHA, and the administration more broadly, have stepped up enforcement, to really hold lenders accountable for the mistakes that were made in the crisis, there is no mistake we have raised the bar for companies and their accountability."

He continued, "What we are trying to do here is to provide as much transparency and clarity to what that enforcement will look like going forward."

Previous: Credit Risk Down to Post-Crash Low
Next: Four Million Homes Return to Positive Equity in 2013