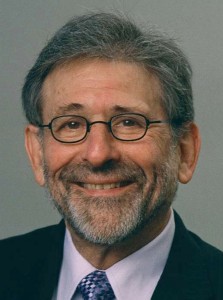 According to Stegman, under the current system taxpayers remain at risk and the government has yet to provide a long-term plan for the housing market. Under conservatorship, GSE senior employees can reap substantial profits while leaving taxpayers the burden of covering the enormous losses. Flaws like this one can only be changed by law.

“The American people deserve better,” he said. “They deserve an efficient, sustainable, housing finance system that serves borrowers effectively and efficiently without leaving taxpayers on the hook for potential future bailouts.”

The speech marks the first time the Obama administration has publically announced what step it thinks the Federal Housing Finance Agency (FHFA) should take to regulate Fannie Mae and Freddie Mac in the absence of legislation reform.

Fannie and Freddie do not give out mortgage loans, but instead buy them from lenders, wrap them into securities, and provide guarantees to make investors whole if the loans default. The companies were taken over by the government in 2008, eventually requiring nearly $188 billion in bailout money.

Stegman noted progress has been made by GSEs so far. Between 1995 and2008, GSE retained investment portfolios where finance at a combined $1.6 trillion. The portfolios have been almost halved since entering conservatorship and are required to shrink to less than $500 billion in total by the end of 2018.

“Despite asset sales and natural run-off, their retained portfolios remain substantial at over $400 billion each and still constitute a significant line of business,” he said. “The size and complexity of the retained portfolios also necessitate active hedging, introducing considerable basis risk and earnings volatility and making the GSEs susceptible to potentially relying on a future draw of PSPA capital support.”

Stegman ended his speech by once again urging for comprehensive legislation reform in housing finance. Stressing the change needed is urgent and no more time can be wasted.

“When the next crisis hits, it is unlikely that we will have the benefit of advance warning, and at that point, it will be too late for thoughtful reform," he said. "Our options will be limited, our hands will be tied, and we will be destined to relive the mistakes of the past.”