The U.S. unemployment rate dropped down to 5.5 percent in February, its lowest figure since May 2008, as 295,000 jobs were added, according to the February 2015 Employment Situation released by the Bureau of Labor Statistics on Friday. 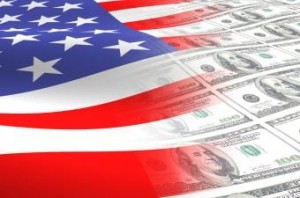 February's job gains were higher than the average monthly gain for the last 12 months (266,000), and higher than January's revised number of jobs added to the payrolls (239,000), which was 18,000 fewer than the number originally reported. February's total number of unemployed persons, 8.7 million, represents a year-over-year decline of 1.7 million.

"Despite concerns that energy job cuts, worker strikes, and inclement weather would weigh on February’s headline number, today’s jobs report showed a pickup in hiring to 295,000," said Fannie Mae Chief Economist Doug Duncan, who is one of the scheduled speakers for the Five Star Government Forum on March 18 in Washington, D.C. "Even with the downward revision of 18,000 jobs in January, the three-month average job gain moderated to a still robust 288,000."

According to that same BLS report, however, good economic news was hard to find beyond job gains and the declining unemployment rate, which Duncan attributes largely to people leaving the labor force. The average hourly wage – a metric that nearly all economists and analysts agree must grow at a healthy rate in order to precipitate a full housing recovery – changed little month-over-month. Hourly wages increased by just 3 cents from January to February, up to an average of $24.78, after rising by 12 cents from December to January. Average hourly earnings have increased by just 2 percent since February 2014.

"We’re seeing some disconnect between the strong labor market and lackluster housing activity in early 2015," Duncan said. "(Fannie Mae's) February National Housing Survey, to be released next Monday (March 9), is expected to show a marked improvement in consumers’ view regarding the direction of the general economy amid choppy improvement in sentiment regarding housing. We maintain our belief that once upbeat hiring translates into stronger income growth, which we believe it likely will, a stronger housing recovery will follow."

Other metrics that changed little month-over-month in February, according to BLS, include the civilian labor force participation rate (62.8 percent, and it has remained between 62.7 and 62.9 since April 2014), the number of long-term unemployment persons, or those unemployed for more than 27 weeks (2.7 million), involuntary part-time workers, or workers employed part-time for economic reasons (6.6 million), persons marginally attached to the labor force (2.2 million), and discouraged workers, or those who are not currently looking for work because they believe there are no jobs available (732,000).