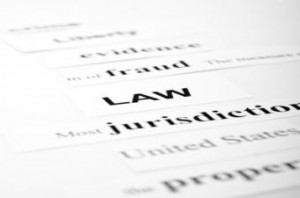 FBI field offices visited by the OIG, including Baltimore, Los Angeles, Miami, and New York, listed mortgage fraud to be a low priority—if it was listed as a priority at all.

Additionally, a press conference held by the Financial Fraud Enforcement Task Force (FFETF) was held to report the results of the Distressed Homeowner Initiative. The attorney general announced 530 criminal defendants had been charged in 285 criminal indictments, as well as 110 federal civil cases were filed against more than 150 defendants involving over 15,000 victims, for losses totaling at least $37 million.

The attorney general concluded that these cases involved more than 73,000 homeowner victims for losses estimated at more than $1 billion.

However, the audit by the OIG found these numbers to be inaccurate.

"Based on a review of the case list that was the basis for the figures, the then-Executive Director of the FFETF told us that numerous significant errors and inaccuracies existed with the information," the audit reported.

The audit also remarked, "We also found that neither DoJ nor the FFETF had an established methodology for obtaining and verifying the criminal mortgage fraud statistics announced during the press conference on October 9, 2012. We found this process to be disturbing, and it led the Department to report inaccurate information to the public."

In a later statement, the DoJ amended its results, noting the initiative charged 107 defendants, and not 530. The total estimated losses were $95 million, and not the reported $1 billion.

"Despite being aware of the serious flaws in these statistics since at least November 2012, we found that the Department continued to cite them in mortgage fraud press releases that it issued in the ensuing 10 months," the audit said.

The OIG offered recommendations for improvement to the DoJ including updating online materials related to the Distressed Homeowner Initiative, as well as suggesting to "[i]mplement a methodology for properly soliciting, collecting, and reviewing information before publicly reporting results."