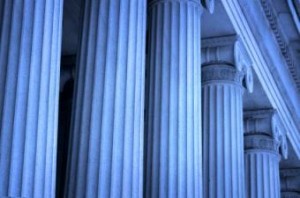 A group of bipartisan senators from the U.S. Senate Banking Committee sent a letter to Federal Housing Finance Agency (FHFA) Director, Mel Watt, urging him to move forward with the development of the Common Securitization Program (CSP). According to the letter, the senators feel the CSP should have an “open architecture” that gives access to private industry and does not limit the CSP to be an appendage to GSEs. Opening the CSP will “enhance the ability for small and mid-sized lenders to access the secondary mortgage market and facilitate greater competition in this market going forward,” the letter said.

The senators noted that having an open structure was a part of the FHFA’s strategic plan released in February 2012. However, progress has not been made to achieve that goal and the senators believe steps have been taken that limit the CSP ability to become a “truly unbiased and open market utility available for multiple users.

“We are also very concerned about the considerable amount of time and funding it has taken to move forward with the CSP. It has been over three years since the idea of the CSP was first proposed,” they said.  “If the CSP is going to be a part of the critical infrastructure on which we rebuild the country’s secondary mortgage market, greater progress has to be made in the short-term. As FHFA’s OIG has recommended, we believe that the development of cost estimates for the CSP is a necessary component of successful project management, and should be prudently considered.”

One problem cited by the senators is all of the current members of the Board of Directors of Common Securitization Solutions (CSS) is made up of only Fannie Mae and Freddie Mac employees. GSE employees are also developing the infrastructure and technology of the CSP, making the future of the platform becoming independent unlikely, according to the senators.

“Given that the GSEs’ priority is to maintain their current outsized share and influence in the market, it is difficult to envision the CSS, under the direction of the current Board, will be developed to encourage other participants in the securitization market,” the letter said.

The letter called for the FHFA director to reassess the current makeup of the CSS board, establish an advisory committee to provide a vehicle for outside participants, provide a plan for the transition of the CSS to an open architecture, and provide a timeline and budget estimate for the changes.