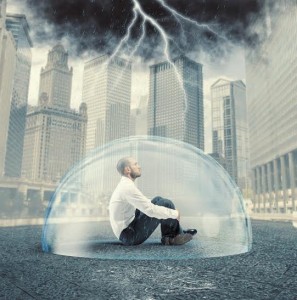 The industry was primed and ready for the Fed’s rate hike, but how has it fared since the increase went into effect?

By The Hon. Joseph Murin

In December, the Federal Reserve raised its key interest rate, the federal funds rate, from a range of 0 percent to 0.25 percent to a range of 0.25 percent to 0.5 percent. It was the first announcement of a rate hike since 2006. For some of the younger professionals in the mortgage industry, it’s likely the first time they’ve ever seen such an occurrence. In the past few years, an interest rate hike has been the boogeyman of the mortgage market. After enjoying artificially low rates for the better part of 10 years and two historical refinance spikes as a result, some investors simply couldn’t fathom the possibility of higher rates. However, most of us can agree that, inevitably, the action had to be taken based on current economic conditions and the demands of the market. We can also probably assume that any talk of a market panic in the wake of the increase was premature, and the short-term consequences have come and gone. This will be the first year in quite some time that we may experience some kind of increase to average mortgage interest rates.

The Anticipated Increase Occurred, Now What?

First and foremost, the mortgage and real estate industry, including its associated secondary market, is a different place than it was in 2006, even if we set aside the impact of ubiquitous regulatory changes. So too is the 10-year Treasury note, long a reliable indicator of mortgage rates. While there was a time when a Fed hike almost automatically resulted in a subsequent rise in the 10-year T-note that has since changed. One important reason for this is a dramatic increase in the activity of global market participants. An increasing international appetite for U.S. debt has brought into play a host of complex and interrelated factors having some effect on the 10-year T-note, making it much more difficult to predict exactly how mortgage rates will be affected by the interest rate increase. The correlation between these indicators is no longer a linear one.

The first quarter of 2016 has done little to clarify an otherwise murky outlook. Plummeting oil prices and talk of a China-led economic slowdown and its possible widespread effect on global markets played havoc with markets foreign and domestic in January. While some bemoaned a series of market sell-offs and suggested another global recession is imminent, others pointed to underlying fundamentals such as increasing employment rates in the United States or the positive impact of cheap oil on industry and consumer spending to assert that, at the very least, the U.S. economy will continue to improve. Through it all, the U.S. 10-year T-note yielded less while its price went up.

What does all of this mean for our own industry in 2016 and beyond? For starters, it means life has become a little more complex for those with a stake in predicting mortgage rates. Traditionally, we could make several assumptions and predictions based upon the health of the 10-year T-note. But with its status increasingly affected by everything from $30 oil to geopolitical tension in the Middle East, the tea leaves are much harder to read. There is little doubt that the average rate on a 30-year fixed purchase mortgage will go up. But the real question is . . . how much? And what will that mean for mortgage lending?

More than anything else, a quick dose of history . . . and reality . . . is needed. Peter Warden of LendingTree put our current interest rate into perspective by providing some indicators from the past in his article, “Mortgage Rates: What to Expect in 2016.” Our industry hasn’t seen a monthly average rate for 30-year fixed rate mortgages over 5 percent since 2010. In fact, that rate has stayed closer to 3 percent than 5 percent for years. Yet, the average annual rate for the same mortgage tended to be over 6 percent before the financial crisis of 2008, even in years witnessing historically high origination volume. In 2000, at the dawn of a game-changing refinance boom, it was over 8 percent. Industry veterans still remember 1981, around the time of the savings and loan crisis, when rates closer to 16 percent were the norm. When we take our history into account, a 4 or even 5 percent average 30-year fixed rate doesn’t seem so bad, and certainly won’t destroy our industry.

While leading economists have predicted a gradual rate increase settling anywhere between 4 and 5 percent by the end of the year, all acknowledge that the numbers will depend on the myriad factors discussed above. Will we see the beginning of a global recession? Will there be new concerns or developments having a similar impact?

I believe, as a good number of forecasters do, that we will see the Federal Reserve move cautiously in its efforts to increase interest rates. The American economy appears finally to have, for the most part, recovered from the Great Recession. The last thing the Fed wants to do is test that or, even worse, stall the recovery. While some predict as many as four rate increases in the coming year, I believe two more small increases are coming, each at 0.25 points. It appears to me that the powers-that-be are seeking the Fed rate to reach 100 basis points. That said, I believe they will move slowly and deliberately toward this objective. We may not see this result until 2017. And, of course, the global economy will have its say in determining how delicately the Fed will move.

So what does this mean for our industry? I believe it means the purchase mortgage market will remain relatively strong and perhaps even improve slightly. I believe we will see more Americans begin to leverage their primary assets, their homes, through vehicles such as the HELOC. Should the American economy remain relatively strong, as many predict, the result will be a demand for homes. Should the enigmatic but highly sought-after millennial finally choose to enter the market as a first-time homebuyer, we could even see a mild spike in origination volume.

If anything, the biggest threat to the mortgage and real estate market is artificial. Although it is not born of the dynamic factors shaping the marketplace, it most certainly has an impact. The atmosphere of regulatory scrutiny and imposition of significant barriers, costs, and restrictions to mortgage market participants will be the biggest factor to monitor in 2016. Talk of consolidation and contraction is only growing louder as some make their exit. Some firms will decide that originating a mortgage has simply become too expensive. Perhaps more important, the future is still a bit unpredictable. As a result, some larger participants will sharply reduce or eliminate their mortgage lines of business. Smaller firms or firms that only provide mortgage lending could well choose to cash out.

The past 15 years have been highly unusual when compared to the industry’s larger history. Historically low interest rates, unbelievable refinance volume, and catastrophic foreclosure rates have, perhaps, skewed our perception. We’ve seen one historic occurrence after another, which may be shaping our expectations. In the grand scheme of things, a mild interest rate hike will not move the needle in the long run. Instead, it’s simply a good example of the ebb and flow to mortgage lending and the greater economy.