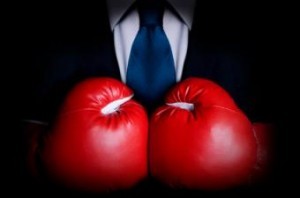 Senate Democrats are firing back at Republicans accusing them of trying to undermine financial regulators after amendments to the Senate budget were introduced to regulate the Consumer Financial Protection Bureau (CFPB), according to The Hill. The budget amendments, introduced by Sen. David Perdue (R-Georgia) seek to tackle what he calls a “reckless” agency.

The Hill reports, Sen. Elizabeth Warren (D-Massachusetts) said the GOP had put financial protections “in the center of the bull's-eye” with their new budget proposal.

“A budget resolution is a statement of values, and the Republicans have put their values on display,” she said Wednesday. “Republicans … want to end the protections for American families and make it easier for Wall Street to rip them off.”

Warren, joined by Sens. Jeff Merkley (D-Oregon) and Al Franken (D-Minnesota), criticized the GOP budget Wednesday, targeting particular ire at a provision that calls for lawmakers to set the funding levels for the CFPB.

But Republicans have long contended that the CFPB should see its budget set by lawmakers, and the failure to do so has made it unaccountable.

"The CFPB is completely unaccountable," said Sen. Pat Toomey (R-Pa.). "It’s frankly outrageous that they are able to operate with a budget and the latitude they have without having to come to Congress for this oversight."

The Senate is set to vote on its budget Thursday, after which they will attempt to reconcile that version with a House blueprint set to receive a vote Wednesday.

The Democratic press conference was the latest volley in a long-running partisan feud over the CFPB, which was created as part of the Dodd-Frank financial reform law. Republicans have long argued the agency lacks accountability and oversight from Congress, and has pushed proposals to bring it under closer scrutiny. Besides subjecting it to appropriations, Republicans have also pushed to replace its director with a bipartisan board and make it easier for other financial regulators to veto its initiatives.

But Democrats have staunchly opposed all efforts to alter the agency, and that debate has not gotten any less heated with the 2013 arrival of Warren, who previously worked with President Obama to establish the agency.

The budget proposal does not carry any legal weight, but rather is seen as more of a negotiating position for the two parties when it comes to spending and other policy debates that will come down the road. Furthermore, Republicans only need 51 votes in the Senate to advance the budget, whereas they would need 60 to actually advance tangible policy changes.