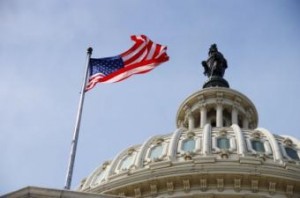 Vice President Joe Biden will deliver remarks at a housing affordability conference hosted by Secretary Julián Castro and the U.S. Department of Housing and Urban Development (HUD) on Tuesday, April 7. The conference, entitled The Housing Affordability Opportunity: Lowering Costs and Expanding Supply is a two part event hosted in partnership with Habitat for Humanity International and Enterprise Community Partners and will focus on the issue of expanding housing across the nation.

Vice President Joe Biden, Secretary Julián Castro, and the Obama Administration are committed to leveling the playing field for all Americans and increasing access to safe and affordable housing. Increasing the supply of affordable housing in cities and offering low interest payments by creating a new mortgage tax credit were both major plans promised by this administration when they ran for office.

According to data released by the U.S. Census Bureau and HUD, sale of new single family homes took an unexpected turn last month, when data released showed the rate rose to the highest it has been in seven years. The February sales are up nearly 25 percent compared to sales from that month last year. Sales for February 2014 were at a seasonally adjusted annual rate of 539,000. This is 7.8 percent above the January rate of 500,000.

However, housing affordability is decreasing in some U.S. cities due to low supply. According to a report by Zillow, affordability is worse in fast growing cities that have failed to keep up with demand. San Francisco has become one of the country's least affordable housing markets. For every 1,000 new residents, there were just 193 new housing units permitted. Residents of San Francisco pay 39.2 percent of their income on a monthly mortgage payment, more than double the national average. Los Angeles has the highest rate, with a mortgage in that city costing a homebuyer 40 percent of their income. Still, affordability in cities that were hit hard by the financial crisis, like Detroit, is continuing to increase.