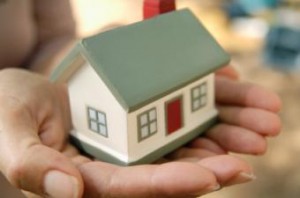 The government on Tuesday renewed its support for homeless assistance programs across the United States with the awarding of $1.6 billion in grants.

The funding, provided through HUD’s Continuum of Care Program, will support operations for nearly 7,100 homeless housing programs in every state as well as Puerto Rico, Guam, and the U.S. Virgin Islands, the agency announced in a release.

Additional grant funding will go to hundreds of other local programs in the coming weeks.

Grants are awarded competitively to local projects created to meet the needs of individuals and families suffering from homelessness in their communities. The funding goes to a wide variety of programs ranging from street outreach and assessment to transitional and permanent housing for the homeless.

“Whether it’s helping to rapidly re-house families with young children or finding a permanent home for an individual with serious health conditions, HUD is working with our local partners to end homelessness as we know it,” said Secretary Shaun Donovan.

Indeed, HUD estimates that from 2010–2013, the administration’s housing programs helped bring the long-term or chronic homeless population down by 15.7 percent.

While touting the various successes of the nation’s homelessness programs, however, Donovan also noted how they have suffered from budget cuts due to sequestration, saying, “[A]ny reduction to HUD’s homeless assistance programs has a negative impact on local communities’ ability to reduce the number of persons living in our shelters and on our streets.”

President Obama’s 2015 budget seeks $2.4 billion for Homeless Assistance Grants, an increase of $480 million above the 2012 enacted level. As budgetary battles continue to shape policy in Washington, Donovan urges lawmakers to approve the full funding so HUD and local providers can continue to move forward.

“Over the last few years we have changed the trajectory of homelessness in America, but we need bipartisan support from Congress to fully fund proven strategies that have created this downward trend,” he said. “The evidence is clear that the cost of doing nothing far exceeds the cost of finding real housing solutions for those who might otherwise be living on our streets.”