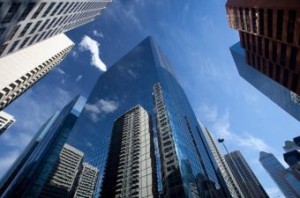 The FHFA now requires that Federal Home Loan Banks and their Office of Finance include demographic data related to their boards of directors in their annual minority and women inclusion reports to the agency. The banks also must now include descriptions of their outreach activities and strategies designed to promote diversity in nominating or soliciting nominees for positions on boards of directors.

The “Final Rule,” as the FHFA calls it, is an amendment to the 2008 Housing and Economic Recovery Act that is designed to ensure “diversity in the governance, management, employment, and business activities of the entities it regulates,” according to an FHFA statement. The regulations include specific actions a board may take when nominating and electing directors, as well as limitations on the banks' actions. For example, each FHLB may conduct an annual assessment of members of its board to determine whether any member can enhance that board in areas such auditing and accounting, derivatives, risk management, or the law, according to the report.

For all its push to promote diversity, however, the FHFA does not include a definition of diversity itself in its Final Rule. “The banks and the Office of Finance have the flexibility to conduct their outreach activities and strategies to promote board diversity beyond that contemplated by the rule,” the report stated. However, FHFA expects these entities to report on strategies that promote minority and women inclusion.

The agency does define some guidelines for what can be considered outreach activities. For example, boards may include information about general outreach activities aimed at creating a more diverse pool of nominees, EEO statements, or a board’s efforts to encourage diversity in trade associations.

Another important factor in the Final Rule is that the demographic status of a director or candidate is not a requirement for eligibility. Completion of the annual director certification forms is mandatory, but submission of minority and gender classification data is voluntary. Boards are also allowed to collect demographic information anonymously. Directors, in other words, may voluntarily self-identify their minority or gender status without using personal, identifiable information, the report stated.