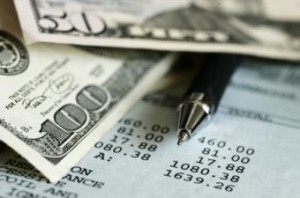 [1]Freddie Mac [2] will be reporting its financial results for the first quarter of 2015 on Tuesday, May 5, according to an announcement from the GSE.

The results will be announced before the U.S. financial markets open via a conference call at 9 a.m. Eastern time on Tuesday, May 5. The call will be webcast and can be accessed by clicking here [3].

A replay of the webcast, and all other information related to the conference call or Freddie Mac's Q1 results, can be accessed by clicking on the Enterprise's investor relations page [4].

Freddie Mac reported a net income of $227 million for the fourth quarter of 2014 [5], a decline of $1.9 billion from the third quarter. The GSE attributed the drop in net income to derivative losses, which totaled $3.4 billion for the quarter driven by declining interest rates.

For the full year of 2014 [5], Freddie Mac reported a net income of $7.7 billion, down from $48.7 billion in 2013. Securities settlements and an accounting charge that were not present in 2014 boosted the 2013 income. Despite the substantial decline in net income, 2014 was the third straight year of profitability for Freddie Mac.

CEO Donald Layton said that 2014 "marked another year of solid financial and operating performance" which allowed the GSE to return $20 billion to taxpayers. About $900 million was sent to Treasury, however, according to the terms of a 2012 amendment to the 2008 bailout agreement. The 2012 amendment that required GSE profits to be swept into Treasury while Freddie Mac and Fannie Mae remain in conservatorship of the FHFA has been a contentious issue among politicians and stakeholders in the housing market.