In an effort to match the already historically low interest rates, the GSEs revealed that later this week the standard mortgage modification rate will decrease from 3.750 percent to 3.625 percent.

Beginning on May 13, 2016, the benchmark rate for both Fannie and Freddie will fall to its lowest level ever, which should bode well for servicers. The current rate of 3.750 percent can still be used until May 12, 2016.

The new rate is a full percentage point lower than when the GSEs established the mortgage modification interest rate in January 2012 at 4.625 percent. It was also 4.625 percent in September 2013. The rate has since fluctuated but has only hit 3 percent three other times. March 2016 was the previous low for the modification rate at 3.750 percent, while in February 2016 and November 2015, the rate was 3.875 percent. 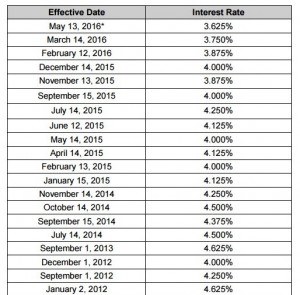 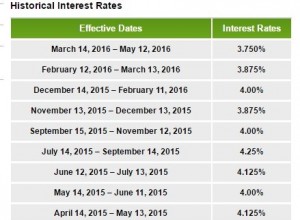 Fannie Mae stated that its standard modification interest rate is subject to periodic adjustments based on an evaluation of prevailing market rates. The servicer must use the current modification rate when evaluating a borrower for a conventional mortgage loan modification, excluding Fannie Mae HAMP Modifications.

"By adjusting the interest rate from time to time, you will have the ability to provide borrowers with a rate that aligns more closely to current market conditions," Freddie Mac said in its Standard Modification FAQs.