An Industry on Bated Breath for PHH v. CFPB 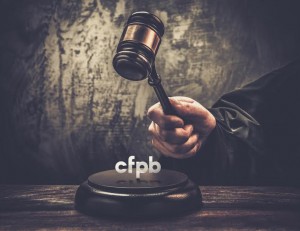 PHH Corporation’s appeal of the CFPB’s ruling may not only clarify the CFPB’s reach in interpreting statutes and doling out enforcement actions, but it also challenges the very structure of the bureau and its director

The real estate industry waits on bated breath for the final decision in the ongoing case PHH Corporation v. CFPB. Anyone under the Consumer Financial Protection Bureau’s (CFPB’s) enforcement umbrella—from lenders to title agents, servicers to property preservation specialists—could be seriously affected by this upcoming decision from the United States Court of Appeals for the D.C. Circuit. The decision will have ramifications on the CFPB’s ability to interpret statutes and bring enforcement actions. The case may even decide whether the current structure of the CFPB is constitutional.

The CFPB first filed a Notice of Charges against PHH on January 19, 2014, alleging violations of RESPA “relating to their use of captive mortgage reinsurance arrangements.” PHH immediately fought back and contested the charges. Rather than bring a suit in federal district court—as it typically had done up to that point in other contested enforcement actions—the CFPB chose to bring an administrative claim before an administrative law judge. Specifically, the case was brought before Judge Cameron Elliot of the Securities and Exchange Commission. The administrative law judge assigned to adjudicate the CFPB’s case is to be selected directly by the CFPB.

An administrative trial was conducted. Afterward, the administrative law judge issued a decision on November 25, 2014, holding that the relationship between PHH and Atrium was in fact an illegal kickback scheme under RESPA Section 8(a). The judge ordered limited injunctive relief as well as a $6.4 million disgorgement penalty against PHH.

Two things are particularly of note in this ruling, both concerning the nature of the new regime. First, the judge relied on HUD’s (not the CFPB’s) regulations and interpretive guidance to conclude that some captive reinsurance is permissible under RESPA. Second, although the judge sided with the CFPB, he nonetheless limited the CFPB’s enforcement ability under RESPA’s three-year statute of limitations, essentially cutting off liability prior to June 8, 2008.

Both PHH and the CFPB appealed the judge’s ruling. Under current federal law, that appeal goes straight to the director of the CFPB. What’s more, even absent an appeal by the parties, the director has the final say in any contested administrative proceedings. The director may intervene in a case without any prompting or request.

CFPB Director Richard Cordray issued his final decision on June 4, 2015, siding almost universally with the CFPB. However, Cordray increased the $6.4 million penalty to a staggering $109 million. In his decision, Cordray departed from Elliot’s ruling, asserting that the CFPB is not bound by historical interpretations of RESPA nor is it bound by RESPA’s statute of limitations in administrative proceedings. Cordray also contended that the Dodd Frank Act (the Congressional law that created the CFPB) allows disgorgement to reach gross revenues not delimited by costs or losses.

PHH was left with two options: First, ask the CFPB director to reconsider the CFPB director’s own decision upholding a CFPB-selected judge’s ruling in favor of the CFPB. Or, second, seek independent judicial review in the United States Circuit Courts. PHH chose the latter.

On June 19, 2015, PHH filed a petition for review in the United States Court of Appeal for the District of Columbia Circuit, claiming Cordray’s decision was “arbitrary, capricious, and an abuse of discretion.” PHH asserted several grounds for relief, including the CFPB’s improper interpretation of RESPA Section 8, the failure to comply with RESPA’s statute of limitations, as well as the excessive disgorgement of $109 million. PHH even challenged the constitutionality of the CFPB.

Oral arguments began on April 12, 2016, before the Court’s panel of three judges. It appears the Court will give no deference to Cordray’s decision. Generally, appellate courts afford substantial deference to statutory and regulatory interpretations of lower courts and agencies. However, appellate courts will outright reject prior findings if it finds they are “arbitrary and capricious.” PHH has argued exactly that.

Regardless, the Court may depart from Cordray’s conclusions under another legal doctrine: the Rule of Lenity. Essentially, lenity prescribes that ambiguities in criminal statutes must be interpreted in favor of defendants. RESPA itself contains both civil and criminal penalties and, as such, is subject to lenity. If the Court were to find ambiguity with RESPA (as enforced by the CFPB), then it may resolve the issue in favor of PHH.

RESPA regulation has always been a bit uncertain, especially regarding mortgage insurance and reinsurance. After all, there’s a reason HUD had to provide regular guidance to the industry. However, Cordray’s interpretation of two RESPA provisions marks a radical departure from years of industry regulation and custom.

Simply put, RESPA Section 8(a) prohibits kickbacks. The statute reads: “[n]o person shall give and no person shall accept any fee, kickback, or thing of value pursuant to any agreement or understanding, oral or otherwise, that business incident to or a part of a real estate settlement service involving a federally related mortgage loan shall be referred to any person.”

However, certain payments and relationships have been legal under the safe-harbor provisions of RESPA Section 8(c)(2). Section 8(c)(2) serves as an exception to Section 8(a) liability and reads: “[n]othing in this section shall be construed as prohibiting the payment to any person of a bona fide salary or compensation or other payment for goods or facilities actually furnished or for services actually performed.”

The industry—as well as HUD, various federal courts, and even Elliot—interprets Section 8(c)(2) as permitting payments so long as they are at market prices for actual services performed. For captive reinsurance relationships, the reinsurance must involve a real transfer of risk where the price does not exceed the value. In fact, these arrangements were perfectly legal as outlined by a 1997 HUD Guidance Letter on captive reinsurance.

Cordray disagrees. Instead, Cordray views Section 8(c)(2) as merely “to clarify the application of Section 8(a), not as a substantive exemption to liability.” Under Cordray’s interpretation, any discernible connection between referrals and payments risks RESPA violation and punishment by the CFPB. Regarding the 1997 HUD Guidance Letter, Cordray simply noted “to the extent that the letter is inconsistent with my textual and structural interpretation of section 8(c)(2), I reject it.”

Cordray’s decision has completely reworked the timeline for RESPA enforcement moving forward, significantly expanding the liability of all future defendants.

Traditionally, HUD could only bring enforcement actions in court; it has no administrative option. In contrast, Dodd-Frank allows the CFPB to bring both legal and administrative actions. Thus, if the CFPB chooses to proceed administratively, there is no statute of limitations. The bureau is free to enforce any violations from the point of its creation in 2011. Liability will continue to grow indefinitely. The industry could be on the hook for behavior decades in the past.

Cordray increased the disgorgement awarded by Elliot over 18 times its original amount. There are two reasons behind the disgorgement increase. First, Cordray believes PHH violated RESPA every time it collected a reinsurance premium, not simply each time business was referred under the scheme. PHH was ordered to disgorge all the reinsurance premiums it received since July 21, 2008.

Second, Cordray did not limit the damages to the amount of profits earned by Atrium; rather, he calculated the penalty based on the gross amount of premiums ceded to Atrium altogether. Of course, this number failed to account for any amounts paid out by Atrium on mortgage insurance claims. Cordray noted that the concept of disgorgement is centered on ill-gotten gains, not ill-gotten profits.

Amid a Blatant Conflict of Interest, the CFPB Faces an Uncertain Future

More so now than at any other time in its brief history, the CFPB’s future is uncertain. The judges of the D.C. Circuit Court repeatedly questioned the structure and powers of the CFPB. Of particular interest to the judges was the concentration of power in a single director, which neither the President nor Congress has any authority over. One judge especially noted concern over Cordray’s ability to unilaterally overturn years of industry practice and custom.

Cordray’s authority is problematic. In reviewing the PHH case, Cordray gave no deference to Elliot’s findings, instead conducting a De Novo Review. Cordray freely departed from Elliot’s decision—rendering it an almost unnecessary step altogether—leaving the parties with little protection upon appeal as the director may pick and choose which issues to examine.  However, unlike PHH, at the least the CFPB prosecution team can appeal to its own boss.

And therein lies the blatant conflict of interest. Cordray is the director of the CFPB: an agency whose mission is to regulate the various consumer financial industries and to prosecute offenders where appropriate. However, Cordray is also tasked to be a third-party neutral appellate authority to review contested CFPB enforcement cases. This “in-house” appellate structure is similar to that seen in the SEC, a structure that is coincidentally being challenged nationwide for constitutional violations.

Certainly this conflict is merely theoretical, yes? Well, consider that Cordray’s first appellate decision was rendered almost universally in favor of the CFPB while also disregarding years of regulatory guidance from the federal government and the court system alike. It should come as no surprise that the D.C. Circuit Court finds Cordray’s power “very problematic.” If PHH’s constitutional challenge succeeds, it will cast doubt on the future of the agency as well as any previous enforcement actions. A decision from the Court is expected shortly.

Editor's note: This select print feature appears in the May 2016 edition of MReport magazine.

Previous: The Fed’s Plans for ‘Too Big to Fail’ Insurance Companies
Next: The Week Ahead: GDP Growth in the Spotlight

Jeffrey Puthoff, esq., is an Attorney at Omega Title Agency, LLC, based in Stow, Ohio. He advises title and escrow staff on all aspects of real estate transactions, from initial title examination to final closing. Puthoff is a licensed title agent in Ohio, focusing on residential REO closings and compliance issues. Prior to joining Omega, Puthoff practiced law in a boutique foreclosure firm and clerked in both state and federal courts. Puthoff received his B.A. from Miami University of Ohio (political science and history) and his J.D. from Capital University Law School.