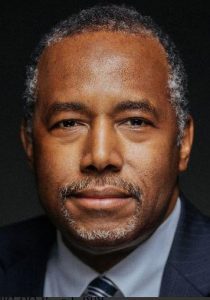 During the hearing, Rep. Katie Porter (D-California) asked Carson about REO rates for FHA and the GSEs, Fannie Mae and Freddie Mac. Carson's response, in which he appeared to either mishear or misunderstand "REO" as "OREO" soon became fodder for headlines during the day that followed.

In response to a request for comment, MReport was provided with the following statement:

My job is to focus on the real issues of what happens when a family can no longer pay their mortgage. FHA, through its lender partners, works extremely hard to avoid foreclosure whenever possible and to keep families in their homes. However, foreclosures can’t always be avoided. The question about what happens after a foreclosure is an important one. FHA moves heaven and earth to make sure these ‘real estate owned’ properties are sold to other families so they don’t become a neighborhood blight.

Congresswoman Porter appears to believe we’re still in the middle of a foreclosure crisis in this country. We are not. Today, the number of foreclosed-upon homes, or REOs, are far below the levels of a decade ago. So, while she wants to focus on acronyms, I’ll continue to focus on families.

Speaking to The Hill Wednesday afternoon, Carson said, "One of the reasons that I told [Porter] I would like for her to meet with our people is because she was a subject-matter expert in that 10 or 15 years ago. At that time we did have a lot of REO properties, we had over 65,000 of them. Now we have only about 6,500 and we do everything we can to keep families who are affected from foreclosure. That's why the number is down so low. I think that she obviously is thinking about the way things used to be and has no idea what’s going on now."

Ed Delgado, President and CEO of Five Star Global, said, "During my discussions with Secretary Carson, I have found him to be not only knowledgeable but—just as importantly—caring and deeply committed to the important task of protecting and promoting American homeownership. That commitment is critical as the industry continues to work with HUD and other government agencies to develop common-sense policy that is in line with current economic realities while being responsive to the needs of the homeowners that we serve."

Previous: What to Do With the QM Patch?
Next: West Coast Markets Not Friendly to Affordability