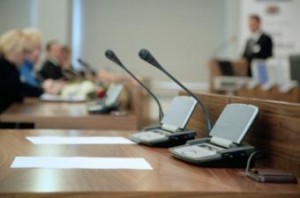 U.S. Department of Housing and Urban Development (HUD) Secretary Julián Castro is scheduled to testify before the full House Financial Services Committee on Thursday, June 11, for the second time since becoming the nation's top housing official in July 2014.

The purpose of Thursday's hearing, titled "The Future of Housing in America: The Oversight of the Department of Housing and Urban Development," is "to examine HUD and its programs," according to a memorandum from the Committee.

The Committee is also expected to ask Castro about three government rental assistance programs that account for most of HUD's non-emergency funding – which made up more than three-quarters of HUD's total appropriations in FY2015.

In several public appearances early this year, Castro touted 2015 as a "year of housing opportunity." In his first time to testify before the full House Financial Services Committee in February, the Secretary faced some tough questioning from Republicans such as Committee Chairman Jeb Hensarling (R-Texas) on the FHA's lowering of the mortgage insurance premiums by 50 basis points down to 0.85 percent and about HUD's MMI fund standing at 0.41 percent, well below the 2 percent threshold it is required to maintain.

Castro defended his actions to the Committee in the hearing, saying the FHA had taken aggressive actions to improve underwriting standards, introduced a credit score floor requiring a higher down payment from sub-580 FICO borrowers, and imposing higher minimum net worth requirements for lenders, all of which have contributed to FHA being "back in the black," and putting the agency in a "strong" position to lower the mortgage insurance premiums. He also boldly predicted, and subsequently stuck to that prediction, that the MMI Fund would rise above the 2 percent ratio in the next two years.

Click here to access a video stream of the hearing, which begins at 10 a.m. Eastern time onThursday, June 11.

Previous: Abacus Bank Acquitted of All Charges In Mortgage Fraud Case
Next: Research Identifies Arizona as the Best Area to Retire; New York Deemed the Worst