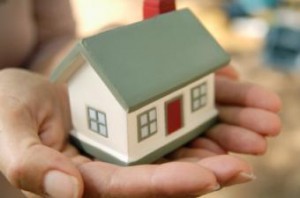 U.S. Department of Housing and Urban Development (HUD) Secretary Julián Castro touted the success of HUD programs such as those to end veteran homelessness and the Jobs Plus Initiative when questioned about HUD's success during a full House Financial Services Committee hearing on Thursday.

In a hearing titled "The Future of Housing in America: Oversight of the Department of Housing and Urban Development," Castro was making his second appearance before the full Committee since being sworn in as HUD Secretary in July 2014.

"For example, HUD, along with our federal and local partners, continues to make progress toward achieving the goals of President Obama’s Opening Doors initiative to prevent and end homelessness," Castro said in his opening remarks. "From 2010 to 2014, we’ve seen a 21 percent drop in chronic homelessness and a 33 percent drop in veteran homelessness, and we’ll keep working until we reach that day when every person who needs housing can find it in our great nation."

In his opening statement of the hearing, Committee Chairman Jeb Hensarling (R-Texas) said the median price of new homes has doubled and median rents have gone up by more than a third, making putting affordable housing out of reach for almost everyone. He also noted the amount of money HUD has spent since its inception nearly 50 years ago - $1.6 trillion – and the fact that the Department is asking for a 9 percent budget increase.

"Given the Obama economy of the last six years, clearly taxpayer rental subsidies for the poor are needed," Hensarling said. "But it is also an open question whether housing vouchers and public housing projects – HUD’s mainstay – are a long-term solution or are simply helping to create a permanent underclass. For whatever good HUD does, it clearly has not won the War on Poverty. Only economic growth and equal opportunity can do that. In other words, the greatest housing program in America remains a good career path in a growing economy, not a HUD program."

During his five-minute allotted period for questioning, Hensarling asked the Secretary for statistical evidence that HUD was achieving its original goal of eliminating poverty. Castro responded with the 33 percent drop in veteran homelessness and HUD's Jobs Plus Initiative, where he said individuals who go through program tend to earn 14 percent more than individuals who do not.

"At the end of the day, we know that our work isn’t about program names, or statistics, or charts — it’s about people," Castro said. "No matter what side of the aisle you’re on, I’m sure we all agree on one thing: that our nation is at its best when every person has an opportunity to thrive.  The work that HUD does gives people this opportunity. Working with our partners, we’ve given this opportunity to those experiencing homelessness who’ve wanted a fresh start, to veterans who needed a little support adjusting to life after service, to older Americans who deserve to live in comfort and dignity, to families who’re looking to buy their first home, put down roots and build wealth for themselves and their children — and we continue to look for new ways to extend these opportunities to all Americans."

The Committee's ranking member, Maxine Waters (D-California), said she believed that the proposed 9 percent budget increase for HUD is necessary.

"And today, HUD is more important than ever," Waters said. "In the wake of the foreclosure crisis, our nation is facing a significant affordable rental housing shortage. Although private capital has an important role to play on this front, it cannot be leveraged without reliable federal funding. To truly address the acute need for affordable rental housing and the epidemic of homelessness, it is absolutely critical that we fully fund and expand the housing and homeless assistance programs that have been so successful at HUD."

Castro tweeted the following statement after the hearing was over: "On both sides of the aisle it's clear - quality housing and strong communities play an important role in the lives of the American people."