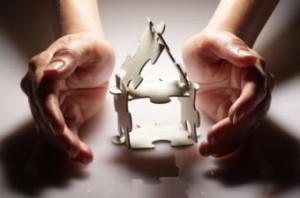 After nearly five and a half years spent trying to steer housing out of a ditch, HUD Secretary Shaun Donovan is stepping out of that role—but not before taking a victory lap.

In an interview with the Washington Post, Donovan looked back on his time spent directing the agency, reflecting on memories ranging from the administration's reaction to Hurricane Sandy to its efforts to reduce homelessness.

Out of all the memories from the tumultuous past half-decade, Donovan described to the Post one stand-out moment: when he informed the president that a $25 billion deal had been reached with what at the time were the nation's biggest servicers—and was rewarded with a hug.

"I told him it was one of the most important things we could do to move the housing market forward, and that, in fact, turned out to be true," Donovan said, adding that the settlement "delivered not just what we promised for the president but far more."

Whether or not the settlement accomplished as much as Donovan says has been the subject of debate among market analysts and politicians. In a post published on financial blog CreditSlips.org at the time, Adam Levitin, law professor at Georgetown and a member of the Consumer Financial Protection Bureau's Consumer Advisory Board, called the settlement "a drop in the bucket relative to the scale of the problem" of negative equity and unemployment.

"At best it makes some incremental improvements and helps a small number of homeowners," Levitin said. "But at worst, it lets the banks off the hook for the largest financial crime in history."

More recently, the 2012 agreement has spurred policymakers to push for greater transparency in how federal agencies reach deals with companies and people. Earlier this year, Sens. Elizabeth Warren (D-Massachusetts) and Tom Coburn (R-Oklahoma) introduced the Truth in Settlements Act, which would require details on all agency settlements that include more than $1 million in payments.

In a fact sheet released with the bill, Warren's office cites the National Mortgage Settlement, noting $17 billion of the $25 billion agreement was in credits, "much of it for routine conduct."

Questioned on related topics, Donovan asserted that housing finance reform is the "single most important thing" the government can do right now to accelerate the currently struggling recovery. More notably, he reaffirmed his belief that the Johnson-Crapo housing bill might be the only chance lawmakers have this decade to achieve reform.

"Getting a bipartisan bill through the banking committee was a major accomplishment, and if we don't continue that momentum, I'm concerned that the opportunity will be lost with changes in committee or in seats after the election this fall," he told the Post.

The full interview can be found at the Washington Post's website.