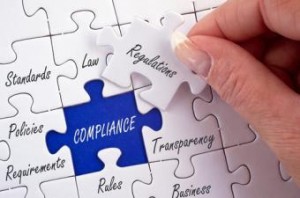 A proposal to delay the effective date of the TILA-RESPA Integrated Disclosure (TRID) rule was announced on Wednesday by the Consumer Financial Protection Bureau (CFPB). The proposal is requesting that the TRID rule be postponed until October 1, 2015 due to an administrative error. The TRID rule was originally set to go into effect on August 1, 2015.

“We made this decision to correct an administrative error that we just discovered in meeting the requirements under federal law, which would have delayed the effective date of the rule by two weeks,” said Richard Cordray, CFPB director. “We further believe that the additional time included in the proposed effective date would better accommodate the interests of the many consumers and providers whose families will be busy with the transition to the new school year at that time.”

This announcement comes just two weeks after the CFPB announced that a grace period will be in effect for those servicers attempting to comply in good faith with the TRID requirements that are now proposed to go into effect October 1. This grace period was announced as an attempt to ease some of the many concerns regarding TRID by saying it would take into account a company's good faith effort to comply with the rule after it goes into effect.

Both mortgage industry stakeholders (servicers in particular) and lawmakers have been asking the CFPB to delay the implementation of TRID for many months. In a letter to CFPB Director Richard Cordray dated May 20, a bipartisan coalition in Congress asked for a grace period, expressing concerns that "this complicated and extensive rule is likely to cause challenges during implementation" that could "negatively impact consumers."

The National Association of Mortgage Brokers (NAMB) and other housing associations requested in a letter last week that the CFPB implement a hold-harmless period on TRID enforcement.

Upon today’s announcement of a proposal to delay TRID, John Councilman, president of NAMB, expressed his support. “This delay in the implementation of the TILA/REPSA is the equivalent of dodging a bullet as far as consumers are concerned,” said Councilman.

U.S. Congressman Blaine Luetkemeyer (R-Missouri), Chairman of the Housing and Insurance Subcommittee of the House Financial Services Committee, said that while the extension will be helpful, it is still not enough.

“This afternoon, Director Cordray called to inform me that the TILA-RESPA Integrated Disclosure rule effective date has been pushed to October 1, 2015," Luetkemeyer said. "This extension comes as a result of an administrative error on the part of the CFPB. The extension will undoubtedly be helpful for consumers and businesses as it allows more time for enhanced collaboration and proper implementation by the CFPB; however, today’s announcement falls short of instituting the formal hold harmless period sought by nearly 300 Members of the House and Senators. The need for this extension is a reminder to all of us that we are human beings and mistakes are made, and I appreciate Director Cordray’s actions to remedy the situation. It is my sincere hope that CFPB is as understanding of any errors made at the closing table in the months following final TRID implementation.”

CFPB Director Cordray also mentioned that the public will be given an opportunity to comment on this new proposal to postpone TRID regulation and a final decision will be made shortly after.

Previous: Over 1.5 Million ‘Boomerang Buyers’ Could Re-Enter Mortgage Market In Next Three Years
Next: The MReport Webcast: Thursday 6/19/2015