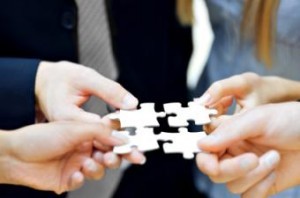 Taking the industry by surprise, Consumer Financial Protection Bureau (CFPB) Director Richard Cordray announced on Wednesday that a proposal has been released to delay the effective date of the TILA-RESPA Integrated Disclosure (TRID) rule. The proposal is requesting that the TRID rule be postponed until October 1, 2015 due to an administrative error. The rule was originally set to go into effect on August 1, 2015.

“We made this decision to correct an administrative error that we just discovered in meeting the requirements under federal law, which would have delayed the effective date of the rule by two weeks,” Cordray said. “We further believe that the additional time included in the proposed effective date would better accommodate the interests of the many consumers and providers whose families will be busy with the transition to the new school year at that time.”

Upon the announcement, many lenders, servicers, and other industry members weighted in with their feedback in interviews with MReport, with many expressing their gratitude and detailing the company adjustments they plan to initiate if the proposal is approved.

Faramarz Moeen-Ziai, SVP of National Sales and Production at Commerce Home Mortgage noted that even though the August 1 deadline was known for some time, the forms themselves were not finalized until early this year and there were some procedural gray areas that were ironed out as recently as April, he said in an interview with our publication. He also added that programmers are probably breathing a sigh of relief about having two more months to work out any bugs in their respective systems.

“Any change in the regulatory requirements impacts business rules that are all layered on top of one another, so a new form with new mandatory wait times takes a great deal of effort to implement,” Moeen-Ziai said. “It gives us more time for trouble shooting and for looking for bugs. We are ready to go but will not really know what the true challenges are until we are actually in the live environment, post-implementation.”

When asked why the industry was so adamant about the original August 1 date needed to be postponed, Kathy Keller, managing director of Newbold Advisors, LLC reported to MReport that the regulation will impact much of the origination sector of the industry, and if prepared, this could be a positive change for the industry.

“The regulation is extremely far-reaching and impacts the entire origination value chain,” Keller said. “To comply with it, the industry needs to coordinate roles of internal and external players and significantly update major systems across the board. These changes are very complex and this is much more than just a forms rewrite. It’s a complete process redesign, and one that could be good for the industry.”

She also added that companies need to keep pushing forward in order to prepare for the newly proposed TRID effective date.

“Companies should not take their foot off the gas pedal,” Keller said. “No one should get complacent. Take this extra time to thoroughly test systems and new processes to ensure that they are working properly, third parties are fully coordinated, and contingencies are put in place.”

Brian Koss, EVP of Mortgage Network said, “certain of us were more prepared than others, but all lenders have a sigh of relief and this will give them more time to test their systems. It is a very big changes with laws that are extremely unforgiving and the law requires perfection.”

Kurt Noyce, president of Embrace Home Loans also told MReport in an interview that the company has gone to great lengths to prepare for the original August 1 TRID implementation date.

“For us, one of the primary challenges has been, and to some degree remains, to fully understand and interpret the nuisances of the regulation,” Noyce said. “The complexity of our business presents many scenarios that aren’t easily applied, or clear answers found, with the rules, and the FAQ’s.  At some point, however, companies, after all efforts to define the rule implications, must recalibrate their processes and systems, train their staff, and educate their vendors.  Depending on when companies initiated this and applied the necessary resources, August 1 may have proved challenging.”

Scott K. Stucky, chief strategy officer for DocuTech said that the TRID change is significant and there were a number of issues which were not well defined until the 2nd quarter of this year by the CFPB. He adds, there are still a number of gray areas in the rule, which makes this very difficult to prepare and plan for.

“What would make the delay ideal is if the CFPB would allow lenders to go ahead and roll out the new documents and process beginning August 1 if they are ready and allow them to do it in tandem with the current documents," Stucky said. "This would allow lenders to migrate into the new process instead of the ‘Big Bang’ approach the August 1 deadline required.”