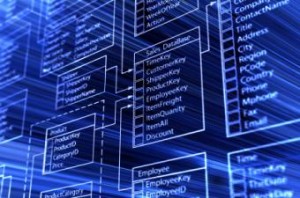 For the first time, over 7,700 consumer complaints about problems they are facing with financial companies concerning mortgages, bank accounts, credit cards, and debt collection, among others, were released today by the Consumer Financial Protection Bureau (CFPB) on their Consumer Complaint Database, according to a press release. The Bureau is also requesting input on how to engage the public in this influx of information so that consumers can understand the information and make comparisons.

“The Bureau's work improves as we hear directly from consumers," said Richard Cordray. CFPB director "Every complaint tells us what people are facing in the financial marketplace. Publishing these consumer stories today is a historic milestone that we believe will lead to better outcomes for everyone."

The CFPB’s Dodd-Frank Wall Street Reform and Consumer Protection Act highlights consumer complaints as an important part of their work, according to the release. As soon as the CFPB was established in July 2011, they began accepting complaints from consumers, and in June 2012, the CFPB launched the Consumer Complaint Database.

The database includes basic, anonymous, individual-level information about the complaints received, including the date of submission, the consumer’s zip code, the relevant company, the product type, the issue the consumer is complaining about, and how the company handled the complaint, the Bureau says.

In March 2015, the Bureau finalized a policy that would allow consumers to public share their narratives when submitting claims to the Bureau. Since this feature was launched, over half of consumers’ complaints were shared publicly.  Beginning today, consumer narratives will be added to the complaint database on a daily basis, without revealing personal information.

The Bureau reported that as of June 1, 2015, it has handled more than 627,000 complaints. Mortgages and debt collection are the most popular topics mentioned in the database. The Bureau noted that the complaint process has helped consumers obtain hundreds of thousands of responses from companies and millions of dollars in monetary relief.

The narratives provided by consumers give firsthand accounts of their experience, the CFPB said. These narratives help consumers make good decisions and also push companies toward improving the quality of their products and services.

The CFPB Consumer Complaint Database is designed to allow users to:

In April, the Five Star Institute (FSI) and Black Knight Financial Services (BKFS) released a report titled "Analysis and Study of CFPB Consumer Complaint Data Related to Mortgage Servicing Activities,” that address the concern that the complaints do not provide a full picture of the mortgage servicing industry.

The FSI and BKFS report aimed to provide context and insight to complaints received by the CFPB by comparing the Bureau's two predominant mortgage complaint categories, servicing and default, with loan trends. The report also included publicly available data from both the CFPB and mortgage servicers, as reported from the CFPB database.

According to the report, mortgage-related complaints received by the CFPB are on the decline after an initial ramp-up period. Delinquent loans and foreclosures have also decreased. The report seeks to address of the question of whether these two stats are falling at the same rate and if there is a correlation between the two.

"The information contained in this report plays an important role in measuring the scope of volume related to CFPB inquiries made, in juxtaposition to the total number of mortgage holders in the U.S. market," said Ed Delgado, Five Star president and CEO.  "Through the data lens, we can clearly examine operational efficiency and defect while measuring progress in providing quality service to homeowners.”

Click here to view the CFPB's Request for Information.