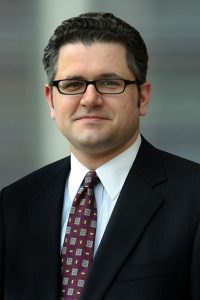 Mark Calabria, Member of the Evolve Mortgage Services Advisory Board

Evolve Mortgage Services has named Mark Calabria, former Director of the Federal Housing Finance Agency (FHFA) as a member of its Advisory Board for a one-year term from July 1, 2022, to June 30, 2023. Calabria is currently serving as a Senior Advisor for the Cato Institute, and has more than 25 years of financial regulations experience.

"Mark has impressed us with his business acumen, caliber of achievements and invaluable expertise," said Paul Anselmo, Founder/CEO of Evolve Mortgage Services. "The vast array of talent and knowledge Calabria brings will help accelerate our growth and expand our digital footprint as we continue to evolve our solutions to change the way loans are bought and sold in the marketplace."

The charter of Evolve’s advisory board is to add value by exposing the management team to new innovations, broadening horizons, improve understanding of the company's market position, company risks, future drivers of growth, and challenging assumptions. Its mission and vision are to embrace, drive change and propel the company, and industry forward.

Calabria, in his current role with the Cato Institute, provides strategic input and direction on the federal economic policymaking process. Previously, he served as Director of Financial Regulation at the Cato Institute, where he co-founded Cato’s Center for Monetary and Financial Alternatives.

Prior to his appointment by President Trump as head of the FHFA, Calabria served as Chief Economist to Vice President Mike Pence, advising the Vice President’s work on taxes, trade, labor, financial services, manufacturing, and general economic issues, including serving as a key member of the team that enacted the Tax Cuts and Jobs Act of 2017, and on the team that crafted the United States‐Mexico‐Canada trade agreement. Calabria served as the Vice President’s primary representative for the U.S.-Japan Economic Dialogue.

Calabria also served the U.S. government as a Senior Aide to the U.S. Senate Committee on Banking, Housing, and Urban Affairs under chairs Richard Shelby and Phil Gramm. During his Senate service, he acted as the primary drafter of the Housing and Economic Recovery Act of 2008 (HERA). He also led the Senate Banking Committee’s response to Hurricane Katrina, as well as its work on the Shelby‐Dodd Flood Insurance Reform and Modernization Act of 2008, which served as the basis for the Biggert‐Waters Flood Insurance Reform Act of 2012.

Prior to his Senate service, Calabria served as Deputy Assistant Secretary for Regulatory Affairs in the Office of Housing at the U.S. Department of Housing and Urban Development (HUD). He has also held positions with Harvard University’s Joint Center for Housing Studies, the National Association of Realtors (NAR), and the National Association of Home Builders (NAHB).

"I am excited to join Evolve's Advisory Board," said Calabria, "Looking forward to collaborating with the team to help pioneer new emerging digital trends and create innovative technology solutions that provide not only the tools, data and document quality, but all the controls and compliance requirements needed from mortgage origination to the secondary marketing delivery process. Paul and his team are true innovators, and I know will bring much needed change to the mortgage market."