Home valuations across the country are on the rise, but so are homeowners’ perceptions of what their homes are worth—at a slightly higher pace.

According to Quicken Loans’ Home Price Perception Index (HPPI) released Tuesday, home values assigned by appraisers were nearly 2 percent (1.93) lower than what homeowners perceived them to be in June. The gap between appraisers’ assigned values and homeowner perceptions has increased slightly since May, when it was 1.89 percent.

The HPPI shows the difference between homeowners’ and appraisers’ opinions of home values by comparing a homeowners’ estimate from a refinance application to an appraisal that is performed at a later point in the process.

“Perception is everything. It can make or break a home sale or mortgage refinance,” said Quicken Loans Chief Economist Bob Walters. “That’s why it’s so important for homeowners to realize how they perceive their home’s value could vary widely from how an appraiser views it. If the estimate is lower by just a few percentage points, the buyer could need to bring as much as another several thousand dollars to the table to avoid having to restructure the loan.”

Quicken’s national Home Value Index (HVI) showed a modest increase of 0.84 percent for appraised values from May to June. Year-over-year growth in June was much stronger at 4.47 percent. Regional gains followed this same pattern, with each of the four regions showing modern over-the-month increases and robust over-the-year gains. The West region showed the largest over-the-year increase in appraised value at 5.84 percent, while the Northeast had the smallest at 2.07 percent.

“Nationally, home value increases are well within the healthy range,” Walters said. “Although, the variances across the country can influence owners’ perception. Owners in the West, where appraised values are rising more quickly, tend to underestimate their home’s value. The opposite is true for those in the Northeast, with appraised values showing slower growth.” 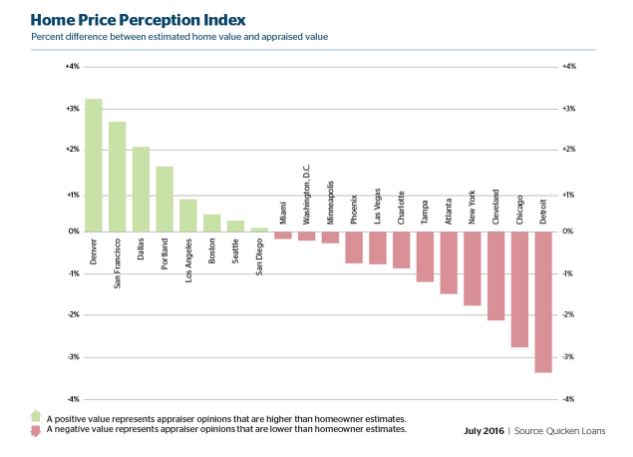 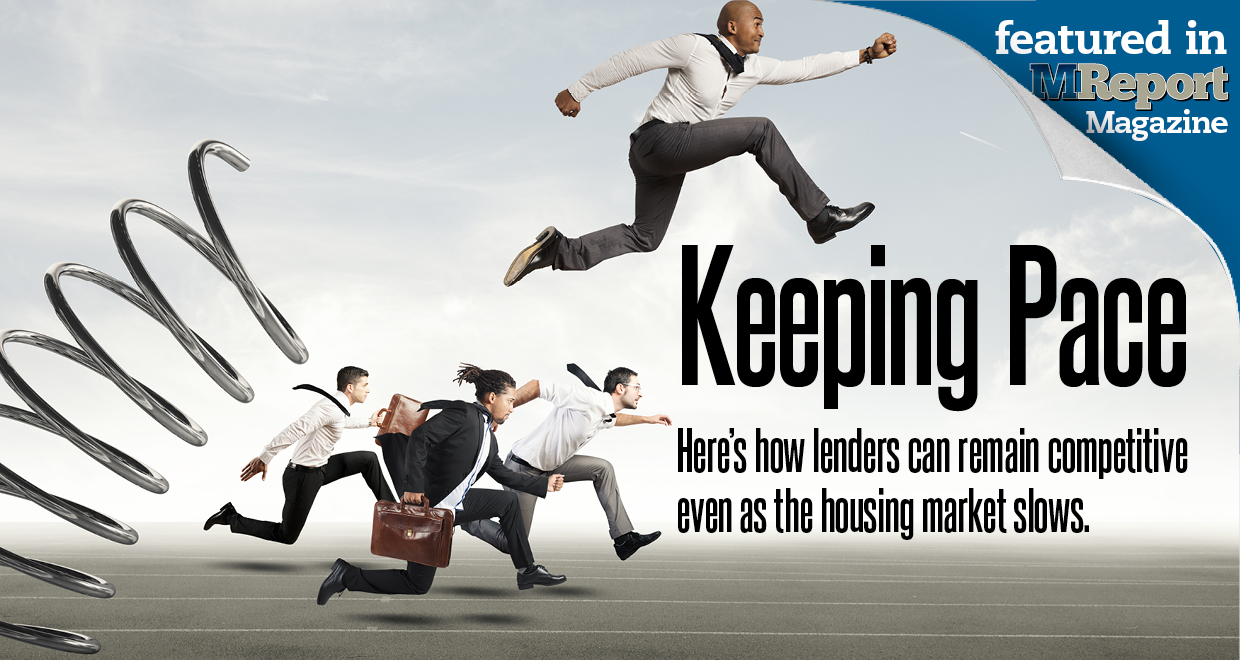