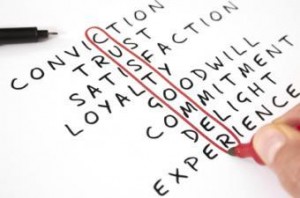 The Consumer Financial Protection Bureau (CFPB) this week proposed a new rule to allow consumers that post complaints the option to opine on the details of their complaint made on the bureau's public-facing complaint database.

CFPB argues that allowing consumers to expand on the circumstances surrounding their complaints allows for greater transparency in the system.

"The consumer experience shared in the narrative is the heart and soul of the complaint," said CFPB Director Richard Cordray. "By publicly voicing their complaint, consumers can stand up for themselves and others who have experienced the same problem. There is power in their stories, and that power can be put in service to strengthen the foundation for consumers, responsible providers, and our economy as a whole."

The banking and servicing community is, perhaps understandably, concerned.

"Publishing narratives of every unverified complaint will give only the illusion of disclosure. Banks have an obligation to their customers to maintain the confidentiality of their information, making it virtually impossible for a bank to offer a complete response to these narratives," said Richard Hunt, president and CEO of the Consumer Bankers Association. "It is the role of the CFPB as the traffic cop to distinguish violations of law from unfounded complaints. Instead, they want to let others figure it out from one-sided and unverified narrative information."

CFPB began receiving complaints from consumers when it opened its doors in 2011. It currently houses the nation's largest public collection of consumer complaints, with more than 400,000 grievances and growing.

Consumers already have the option of posting a short synopsis of the basic facts of their complaint in an attached small text box. This rule, published as a proposal for 30 days of comment, would allow full narratives.

The bureau argues that the process safeguards the banks reputations by allowing them to answer to the complaint with a concurrently posted response.

Hunt is not convinced.

"This action will ultimately add to consumer confusion, harm industry reputations, and undermine any hope the CFPB may have to be viewed as a fair and honest broker. For an agency which prides itself on being driven by 'accurate' data, this is very disappointing."