FHA Commissioner to Step Down 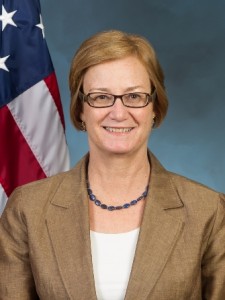 Less than two years after being confirmed as the head of the Federal Housing Administration (FHA), Commissioner Carol Galante is making plans to step down from her post.

In a message sent to her staff Monday morning, Galante revealed that she intends to depart from HUD by the end of this year, after which she will assume a distinguished professorship at the University of California, Berkeley, where she received her master's in city planning.

She will also serve as the director of UC's Berkeley Program in Housing and Urban Policy and will co-chair the Fisher Center on Real Estate's Policy Advisory Board, according to the letter.

The announcement is expected to come later this week.

Galante has been with HUD for five years, starting her career at the department as deputy assistant secretary for multifamily housing. She was nominated by President Obama for the role of FHA commissioner in 2011, receiving her confirmation from the Senate in late 2012, only a month after an audit revealed the agency's mortgage insurance fund had plummeted deep into the red as a result of losses it took following the housing bust.

Despite efforts made to restore the fund, FHA was forced last year to take a $1.7 billion Treasury draw to strengthen its financial position.

As FHA continues to see the effects of its push to bolster its capital—including overhauling its reverse mortgage program and bringing up insurance premiums—the White House budget forecasts no further draws this year, a fact Galante celebrates in her message: "By working hard to establish the right pricing, increase recoveries on distressed assets and better manage risk, we have turned the corner on those losses and significantly improved the financial health of the Fund."

Over the next few months, the commissioner said she plans to continue focusing on FHA's recent Homeowners Armed With Knowledge (HAWK) program, which aims to increase credit availability to first-time homebuyers by offering reduced premiums to those who participate in counseling and homebuyer education programs.

"I remain passionate about the work we do to make housing more available and affordable for American families and assist communities to thrive," Galante said. "It is why I joined HUD and why having the opportunity to work with you has been so rewarding."

Previous: ALFN Promotes from Within for New President and CEO
Next: Home Price Expectations Down Slightly