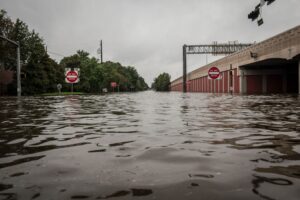 Disasters have been making headlines recently after a pair of hurricanes—Fiona and Ian—caused damage in the territory of Puerto Rico and from Florida up the East Coast, but as federal aid begins to flow to disaster victims, is now the time to review distribution policies to make sure aid is distributed equitably?

According to Carlos Martin, Project Director of the Remodeling Futures Program, a program under the purview of the Joint Center For Housing Studies at Harvard University, repairs after major disasters have been an increasing segment of general home improvement activity, but there are many who cannot afford to repair their property, even with federal subsidies, or are not in a position to recover quickly, such as is the case with renters.

The Community Development Block Grant Disaster Recovery Fund (CDBG-DR), managed by the U.S. Department of Housing and Urban Development (HUD), was created to help states, counties, and individual cities recover from presidentially-declared disasters. It is intended to help fill financial needs after a disaster is declared to help fill holes after other assistance is exhausted.

“These are needs that persist particularly for residents who cannot recover on their own,” Martin wrote in his blog post. “Disasters have a long-term negative impact on the housing and household finances of survivors for years after the event and, without assistance, the impact is longer and deeper.”

Despite all the benefits of the CDBG-DR offers, Congress has yet to provide permanent authorization for the program. Due to this fact, Martin says that the time is ripe to address opportunities for improvement in consistency, efficiency and speed, comprehensive service guidelines, and creating a compliance arm to make sure the program complies with all current and future statutes.

“As I testified in a Senate hearing at the end of last year, CDBG-DR’s lack of permanent statutory authority has impeded consistency,” Martin said. “If the program were codified through permanent, congressional authorization, it could yield consistent rules; standardized and more sophisticated reporting and recordkeeping; and more uniform technical assistance offerings. There are also benefits for HUD and its grantees in their planning and timing from the consistency that would be established through permanent authorization.”

Martin went on to say that the speed at which aid flows is impeded by the uncertainty of the program, but the federal activity before state and local grantees are directly involved—shapes the time after in which grantees design, launch, and ramp up their programs. This results in numerous cases where jurisdictions were “unable to plan, act, and/or inform households of their options because of the lack of knowledge about whether and when funds would come.”

This omission leads to suboptimal recovery for everyone. Efficient—and early—resources and knowledge make a difference in lives and livelihoods according to Martin.

The CDBG-DR also has a requirement to serve low-to-moderate income households, but that provision could be much more comprehensive with a permanently authorized CDBG-DR.

“Research shows that survivor households continue to slip through the cracks because they lack the resources to wait or absorb delay and change,” Martin said. “Extremely low-income households and renters are particularly vulnerable. These groups suffer from even modest financial hits and personal damages. They could benefit from the changes I have already mentioned simply because clearer rules and faster funding would help jurisdictions catch them before they slip through the cracks.”

Martin concluded his piece by saying some of these changes will make it easier for the most vulnerable of households to “apply, qualify, and access assistance.” The CDBG-DR serves as a bridge between crisis and long-term recovery and development.

“Future disasters are certain. We must respond with equal certainty and purposeful clarity.”