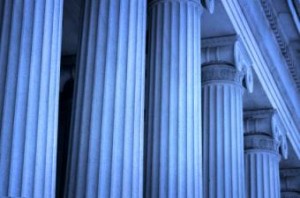 The comment period which was set to end on November 12, 2014, which is 60 days from the date it was published in the Federal Register, will now end on January 12, 2015. FHFA gave as its reasons for extending the comment period the importance of the issues being addressed, the high interest level in the proposal, and requests from stakeholders for more time to evaluate the proposal.

FHFA Director Mel Watt encouraged the federal banks to stay focused on the FHFA's mission in a speech [4] at the FHLB Director's Conference in May. In that speech, Watt discussed the "different" risk of lending to insurance companies and stated that captive insurers deserve some "additional attention."

"Captive insurance borrowing and membership in the FHLBank System raises a number of possible issues related to safety and soundness and access to the System," Watt said in his speech.

Watt said he could not elaborate on the issues surrounding the membership of captive insurers at the time of the speech, but one of the proposed changes would eliminate captive insurers for consideration for FHLB membership by changing the definition of "insurance company" to include only those companies that have insurance underwriting for nonaffiliated parties as their primary business. It would also keep out those entities not eligible for membership from using a captive insurer to gain access to advances from one of the Federal Home Loan Banks.

Another proposed revision requires members to hold one percent of their assets in home mortgage loans (HML) on an ongoing basis, whereas under current guidelines members are required to demonstrate this only at the time of their application and not at any time afterward. Similarly, the proposed rule revisions would require members to adhere to the 10 percent residential mortgage loan (RML) requirement on an ongoing basis instead of just at the time of application.