Home >> Commentary >> The Low Down on the CFPB’s Marketing Service Agreements Bulletin: The Agency Gave the Industry What it Wanted…No Surprises Here

The Low Down on the CFPB’s Marketing Service Agreements Bulletin: The Agency Gave the Industry What it Wanted…No Surprises Here 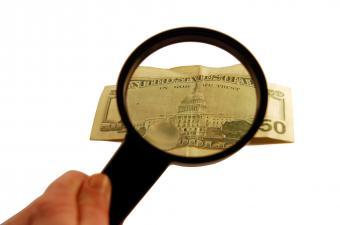 In case you missed it, the agency tried to bright line the rule, so lawyer-types are unable to argue that expectations remain too difficult to understand due to some of the gray areas around enforcement.

But is this big news to the industry? Not really. They were more frightened before when there was less clarity on this front, attorneys experienced in dealing with the Real Estate Settlement Procedures Act (RESPA) say.

In fact, the CFPB’s guidelines arrived after mortgage professionals and end-of-transaction service providers found themselves scratching their heads due to some of the inconsistencies in enforcement actions.

“I'm not surprised on the bulletin,” noted Marx Sterbcow with the Sterbcow Law Group out of Louisiana. Sterbcow has significant expertise in the Real Estate Settlement and Procedures Act–the overarching rule that outlines expectations for handling marketing services agreements. “The industry has been pushing for it and Congress pushed the issue which is why the CFPB released the bulletin,” he noted.

And the industry has a good reason to find CFPB oversight on the issue a bit nebulous, Sterbcow suggested in an email to MReport.

“The industry has been confused because the CFPB has entered into enforcement action settlements with some companies while at the same time they let others off for their MSAs, which caused a lot of confusion based on their public comments about MSAs,” Sterbcow explained. 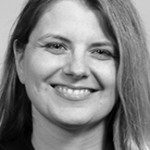 Yet, the CFPB’s bulletin also makes it clear that confusion is no excuse for lack of follow-through–which is why the CFPB elaborated on marketing agreements in its release on Thursday, noting that “while marketing services agreements are usually framed as payments for advertising or promotional services, in some cases the payments are actually disguised compensation for referrals. Any agreement that entails exchanging a thing of value for referrals of settlement service business likely violates federal law, regardless of whether a marketing services agreement is part of the transaction,” the agency said.

To turn this into a simpler rule, Sterbcow summed up the guidelines saying, “MSAs must be designed to mass market to the general public. If the MSA does not do that then it is problematic in the CFPB’s eyes.”

Need an example? Sterbcow pointed to the class action lawsuit certified against a team of real estate agents operating as The Creig Northrop Team. This independent group of agents were accused in a suit of receiving a half million dollars in kickbacks from a title insurance company for referrals. The referrals were disguised using a sham employment arrangement and a marketing agreement between the two firms.

One of the members of the Northrop Team allegedly received payments from Lakeview Title, a title firm, even though he performed no actual work for the firm.

This case highlights the risks, Sterbcow noted on Thursday.

The CFPB went on to outline some of the violations it found, which resulted in enforcement actions related to kickbacks and referral fees.

One such example was a title insurance company that entered into a marketing services agreement where fees were based on the number of referrals the firm received. Another settlement service company did not disclose that it had an affiliate relationship with an appraisal management company and failed to inform the consumers that they had the option of shopping for servicers before sending them directly to the affiliate.

With $75 million in penalties to date, the takeaway is clear: All affiliate relationships need to be subjected to due diligence and with the guidelines out, the CFPB may be less likely to allow anything to slide at this point.