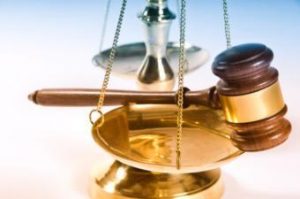 Based on a release from the District of Connecticut’s U.S. Attorney’s Office, the Royal Bank of Scotland (RBS) has agreed to pay a monetary penalty of $35 million and an additional $9 million to customers impacted by residential mortgage-backed securities fraud. This also includes firms affiliated with recipients of federal bailout funds through the Troubled Asset Relief Program.

Prior to the settlement, the bank released a statement to Reuters: “RBS has zero tolerance for market misconduct,” the bank said. “We are pleased to be able to resolve this issue as we continue to build a simpler, stronger bank that is fully focused on serving our customers well.”

RBS employees were convicted for defrauding customers through several methods, which included misleading buyers about a seller’s asking price on RMBS and keeping the difference of the price paid by the buyer and by misrepresenting bonds held in RBS’s inventory by claiming they were from a false third-party seller.

“For years, RBS fostered a culture of securities fraud,” said Deirdre M. Daly, the U.S. Attorney for Connecticut. By agreeing to a non-prosecution agreement, RBS Inc.’s is only addressing its corporate criminal liability and not any potential criminal charges for individuals.

“RBS was able to avoid criminal charges in this case only because of its voluntary self-reporting and extraordinary cooperative efforts. By entering into this agreement, RBS has admitted the seriousness of its past criminal conduct and made a clean break” Daly said.

According to Special Inspector General for the Troubled Asset Relief Program (SIGTARP) Christy Goldsmith Romero, RBS’s cooperation led to the convictions of an RBS trader and RBS supervisor. “RBS’s cooperation in SIGTARP’s investigation and subsequent actions to right this wrong are the correct response when federal law enforcement shows up” she said.

RBS would have faced much worse consequences if they hadn’t cooperated for their conduct,  according to FBI Special Agent in Charge of New Haven Division Patricia M. Ferrick.

“It is incredibly troubling that RBS supervisors participated in and encouraged lower level employees to commit securities fraud, then took steps to prevent honest employees from reporting their concerns,” Ferrick said. “The U.S. Attorney’s Office, SIGTARP and the FBI have forged a formidable partnership in our investigation into fraud in the RMBS and related markets” he said.

The full release from the U.S. Attorney’s office can be found here.