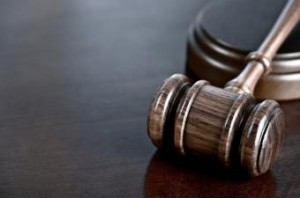 NCUA's complaint deals with credit unions U.S. Central, WesCorp, Members United, Southwest, and Constitution, all of which were involved in the purchase of $140 billion in RMBS between 2004 and 2007 and all of which closed after those securities lost value.

"Trustees have the basic duty to protect, and Deutsche Bank National Trust Company failed to comply with the duties imposed by federal and state law," said NCUA Board Chair Debbie Matz. "This failure harmed trust beneficiaries, including the corporate credit unions. NCUA will do all it can to pursue appropriate remedies and recoup the losses suffered by the credit union system."

In its complaint, NCUA alleges that despite evidence of potential problems with how the loans were originated and represented, Deutsche Bank National Trust Company failed to provide notices to certificate holders and also failed to "take timely action to force the repurchase, substitution, or cure of defective mortgage loans or otherwise preserve trust remedies."

The agency's suit seeks damages to be determined at trial.

The recently announced suit isn't the first action NCUA has taken against institutions involved in sales of toxic securities. In the last few years, the association has gone after Barclays, Credit Suisse, JPMorgan Chase, Goldman Sachs, and others on allegations they disregarded origination standards and misrepresented the mortgages they packaged. Unlike those suits, the Deutsche Bank case focuses on the firm as a trustee rather than a securities seller.