Democratic presidential candidates deliberated recently in their second primary debate, ultimately determining that something must be done about Wall Street banks.

While many expected the debate to focus on domestic policy, the recent terrorist attack in Paris spurred conversation to take a foreign policy turn at the start of the debate, with each candidate commenting on the recent event, according to a transcription of the Democratic debate provided by The Washington Post. 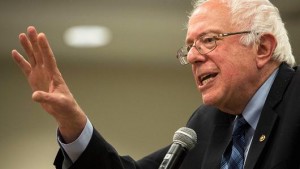 The democrats then went on to discuss the "financial squeeze on the middle class," where Sen. Sanders proposed that "there must be a tax on Wall Street speculation," and since taxpayers have already bailed out Wall Street, it their turn to bail out the middle class.

Dickerson alluded to a quote that was recently said by Sen. Sanders, "People should be suspect of candidates who receive large sums of money from Wall Street and then go out and say 'Trust me. I'm going to really regulate wall street'."

Sen. Sanders added in the

debate, "I don't know and with all due respect to the secretary, Wall Street played by the rules? Who are we kidding? The business model of Wall Street is fraud. That's what it is."

The major issue on Wall Street, according to Sen. Sanders, is that six financial institutions have assets of 56 percent, equivalent to 56 percent of the GDP In America, and they issue two-thirds of the credit cards and one-third of the mortgages. 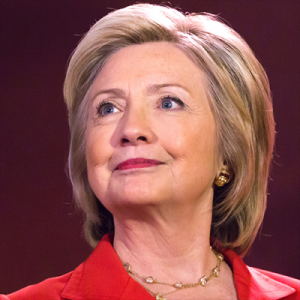 Clinton noted that she introduced legislation to reign in compensation and looked at ways that the shareholders would have more control over what was going on in that arena. She also "specifically said to Wall Street, that what they were doing in the mortgage market was bringing our country down. I've laid out a very aggressive plan to reign in Wall Street—not just the big banks."

As the only democratic candidate without a super PAC, Sen. Sanders mentioned that he is not asking Wall Street or the billionaires for money. He then presented a plan from the past to reinvigorate the banking industry in America.

"If Teddy Roosevelt, a good Republican, were alive today, you know what he'd say? "Break them up." Reestablish Glass-Steagall. And Teddy Roosevelt is right. That is the issue. I will break up these banks. Support community banks and credit unions. That's the future of banking in America," Sen. Sanders explained.

O'Malley had very little to add to the Sanders-Clinton fire, but agreed with Sen. Sanders approach to Wall Street. 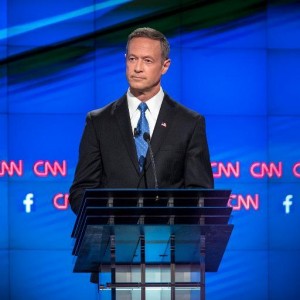 "Our economy was wrecked by the big banks of Wall Street," O'Malley said. "And Secretary Clinton, when you put out your proposal on Wall Street, it was greeted by many as, quote, unquote, "weak tea." It is weak tea. It is not what the people expect of our country."

He continued, "We expect that our president will protect the main street economy from excesses on Wall Street. And that's why Bernie's right. We need to reinstate a modern version of Glass-Steagall and we should have done it already," O'Malley concluded.

Clinton could not fully commit to reinstating Glass-Steagall, but did not completely rule it out, noting that "it is a part of what very well could help, but it is nowhere near enough. My proposal is tougher, more effective, and more comprehensive because I go after all of Wall Street not just the big banks."

"So I've said, if the big banks don't play by the rules, I will break them up," Clinton stated. "And I will also go after executives who are responsible for the decisions that have such bad consequences for our country. There are a lot of things we've got to do in our country, reigning in Wall Street is certainly one of them."

Click here to view the Washington Post's full transcription of the debate.