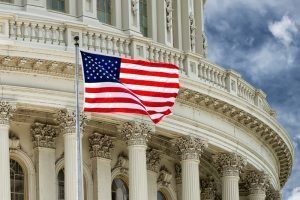 The Senate Budget Committee approved the Republican tax bill Tuesday afternoon, clearing another hurdle for the legislation and putting it on track for a full Senate vote.

The vote came after democratic leaders Nancy Pelosi and Charles Schumer pulled out of a planned meeting with President Trump to discuss the reform, with the the Star Telegram citing Tweets that the President sent before the meeting as the cause.

Meeting with “Chuck and Nancy” today about keeping government open and working. Problem is they want illegal immigrants flooding into our Country unchecked, are weak on Crime and want to substantially RAISE Taxes. I don’t see a deal!

The final Budge Committee votes were along party lines, 12 to 11, in approval. A full Senate vote is expected later this week.

The Senate's tax reform plan differs from the House's in multiple keys ways.  The House bill is expected to cost $1.51 trillion over a decade, while the Senate version waits to cut the corporate tax rate from 35 percent to 20 percent until 2019, which would lower the cost of the bill by over $100 billion.

The Washington Post reports that the Senate bill seeks to reduce the number of people who are required to pay the estate tax by doubling the size of the estates that are tax-exempt.

Perhaps the biggest difference presented by the Senate bill impacting housing professionals is that the Senate plans to keep the mortgage interest deduction intact at $1 million while the House counterpart seeks keep existing homeowners at the deduction while capping future purchases at $500,000.

Previous: Journey Mapping Improves the Mortgage Customer Experience
Next: Up, Up, and Away . . .