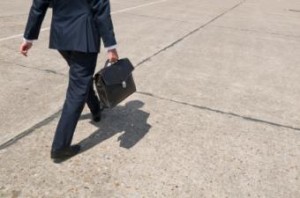 Ocwen's year-long difficulties with New York's Department of Financial Services (DFS) have ended with a $150 million settlement and the departure of its executive chairman, the company announced Monday.

According to a release from Ocwen, the Atlanta-based firm has agreed to pay a civil monetary penalty of $100 million to DFS by the end of this year along with an additional $50 million as restitution to borrowers in the state who had foreclosure actions filed against them in the last five years.

Ocwen already included a $100 million charge to its legal reserves in the third quarter in anticipation of the settlement, and the company said Monday it will recorded an additional $50 million charge in the fourth quarter.

"We are pleased to have reached a comprehensive settlement with the DFS and will act promptly to comply with the terms," said Ocwen CEO Ronald Faris in a statement. "We believe this agreement is in the best interests of our shareholders, employees, borrowers and mortgage investors. We will continue to cooperate with the DFS in the implementation of the terms of this settlement which we believe will allow Ocwen to continue to focus on what we do best—helping homeowners."

As part of the settlement, founder and executive chairman Bill Erbey will also step down from his post in January, ending nearly 30 years of service to the company. Barry Wish, a current director at Ocwen, will assume the role of non-executive chairman.

The settlement closes the book on a tumultuous year of investigations into the company's practices and dealings with borrowers, all of which kicked off in February following DFS' block of a major mortgage servicing rights deal between Ocwen and Wells Fargo. At the time, DFS head Benjamin Lawsky said the agency had questions about the company's growth, its treatment of consumers, and its relationship with vendor companies.

News of the investigations picked up again in fall, when Lawsky's office turned up evidence of backdating problems in Ocwen's communications with borrowers, some of which involved late loan modification updates and foreclosure notices.

In addition to the monetary settlement, the company has also agreed to provide complete loan files to New York borrowers at cost starting in February 2015 and for the following two years.

Borrowers in the state who are denied loan modifications or other foreclosure alternatives will also be provided with a detailed explanation of how that determination was reached.