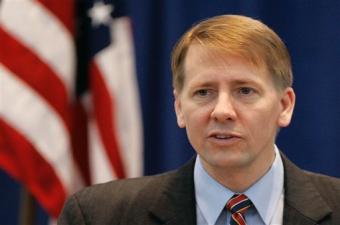 The agency wrote that three-day pro forma sessions fail to constitute an actual session for the Senate.

Virginia Seitz, assistant attorney general for the ""Justice Department"":http://www.justice.gov/, wrote in the opinion that ""the text of the Constitution and precedent and practice... support the conclusion that the convening of periodic pro forma sessions in which no business is to be conducted"" falls outside what it means to interrupt a recess.

""[T]he President therefore has discretion to conclude that the Senate is unavailable to perform its advise-and-consent function and to exercise his power to make recess appointments,"" she said.

A clause in the Constitution, there since its creation, prescribes that the president may unilaterally appoint nominees without the advice and consent of the Senate when it is in recess.

Obama riled the industry when he appointed Cordray and several others despite three-day sessions in which several lawmakers would meet without filing motions to consider nominees or legislation.

Critics charge that the decision effectively breaks with years of legal precedent under the agency.

Addressing Attorney General ""Eric Holder"":http://www.justice.gov/ag/ in a letter last week, Sen. ""Chuck Grassley"":http://www.grassley.senate.gov/ (R-Iowa), along with several other members of the Senate Judiciary Committee, asked the Justice Department to develop a detailed summary that justifies the decision in lieu of ""over 90 years of precedent.""

The letter said that ""these authorities by the Department clearly indicate the view that a congressional recess must be longer than three days ├â┬ó├óÔÇÜ┬¼├óÔé¼┼ô and perhaps at least as long as ten - in order for a recess appointment to be constitutional.""

Others cast the decision as one that could hamper a still-brittle economic recovery.

""President Obama has delegitimized the CFPB and has opened the agency up to legitimate legal challenges that will cripple it for years,"" Rep. ""Spencer Bachus"":http://bachus.house.gov/ (R-Alabama), chairman of the House Financial Services Committee, said in a statement.

""The greatest threat to our economy right now is uncertainty, and the President just guaranteed there will be even more uncertainty,"" he added.

On Wednesday 28 California Democrats called for the president to confirm a new nominee to head up the Federal Housing Finance Agency, currently led by acting director Edward DeMarco.