Federal Housing Finance Agency (FHFA) Director Mel Watt said the FHFA would not continue renewing programs like the Home Affordable Refinance Program (HARP) without an end, even if the program is extended again before its December expiration date. These comments were made yesterday following a HARP outreach event held at Essex County College in Newark, New Jersey. 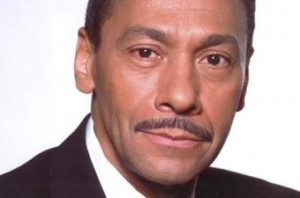 "HARP was put in place to deal with people who got burned during a meltdown period . . . So I don't think in the long term you can think about extending the deadline and extending it because it wasn't designed to do that," Watt told reporters.

U.S. foreclosures soared in 2008. At that time, one in every 54 households was getting at least one filing notice and nearly 3.2 million foreclosures were filed in 2007. Loss mitigation programs were created in response to the crisis. Now, Watt believes the need for these programs will wind down.

"When you ask, 'is that the new normal,' my answer to that is no because when we look at more recent lending practices, there shouldn't be a need for these kinds of programs," Watt said. "You're still going to have people default, but not at the level that resulted from the meltdown."

An estimated 3.2 million borrowers have completed a HARP refinance since it was introduced in 2009, including more than 95,000 in New Jersey, according to the FHFA. Borrowers in the state have lowered their monthly mortgage payment by an average of $222 per month using HARP.

Still, more than 652,000 homeowners nationwide are eligible to apply for the program and the outreach event held Wednesday was meant to target the more than 20,000 qualifying New Jersey households. Roughly only 50 people showed up, with many expressing confusion and frustration about the program. Some recounted bad experiences with unresponsive servicers or confusion over what options borrowers actually have at their disposal. Others were skeptical about HARP details that enable underwater borrowers current on their loans to refinance.

HARP and the Home Affordable Modification Program (HAMP) are crucial resources in the state due to a lengthy court process that can make foreclosures last as long as three years.

"Anyone you know who's thinking about packing up and leaving because they feel all hope is lost, we have a full suite of programs to help people . . . there are options for virtually any issue a borrower is going through," said Yvette Gilmore, Freddie Mac vice president of servicer relationship and performance management, during the town hall-style event.

The event was the fifth put on by FHFA to reach out to HARP-eligible homeowners.