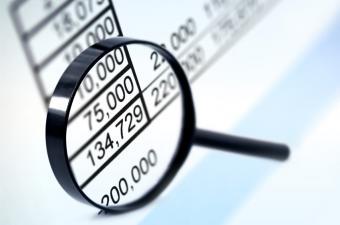 A regulator who recently took actions to curb growth at Ocwen has now turned his eye to Nationstar.

Benjamin Lawsky, superintendent of the New York State Department of Financial Services (NYSDFS), issued a letter to Nationstar Mortgage Holdings, acknowledging the agency "has significant concerns that the explosive growth at Nationstar and other nonbank mortgage servicers may create capacity issues that put homeowners at risk."

"We have received hundreds of complaints from New York consumers," said Lawsky in a letter initially reviewed and reported by the Wall Street Journal. The letter cites problems with Nationstar's mortgage practices, including problems related to mortgage modifications, improper fees, and lost paperwork.

One of the "other nonbank mortgage servicers" referenced is Ocwen Financial Corporation, which had a previous run-in with Lawsky and his department.

NYSDFS halted a deal between Ocwen and Wells Fargo that would have shifted mortgage servicing rights of a portfolio worth $39 billion from Wells Fargo to Ocwen.

The letter is a continued effort by Lawsky to monitor nonbank servicers and their rapid expansion and growth. Lawsky is concerned that rapid growth has left servicers without the sufficient infrastructure and personnel to handle the increased volume.

"There are real people at the other ends of these loans, and the ability to work with those homeowners is not something that these nonbank firms can build up overnight," Lawsky remarked at the New York Bankers Association Annual Meeting and Economic Forum on February 12, 2014.

Nationstar CEO Jay Bray responded to the letter in a press release: "We intend to comply fully and transparently with Mr. Lawsky’s request, just as we do when working with the dozens of state and federal regulators who oversee our business and industry on a daily basis."

Bray continued, "We have a proven track record of helping homeowners succeed and avoid foreclosure, and we welcome the opportunity to share this information with the New York Department of Financial Services."

Nationstar, Ocwen, and Walter Investment Corporation recently reported very positive fourth quarter earnings, which were in part due to refinances through the Home Affordable Refinance Program (HARP). It remains to be seen whether these earnings will continue as the shrinking availability of HARP-eligible loans becomes a factor in 2014.

Moody’s latest ResiLandscape report noted, "We have said that Ocwen and the special servicers could become the next generation of non-prime originators, given their wealth of non-prime servicing experience along with the cyclical, low-margin nature of prime mortgage originations."

Increased scrutiny from regulators like Lawsky and dwindling HARP-eligible loans could drive the firms to other, more risky ventures.

NYSDFS and Nationstar could not be reached for comment.