The top 31 banks in the U.S. passed the first round of the Federal Reserve “stress test,” with none of the banks falling below the Fed’s capital requirements, according to data released by the Fed on March 5. This marks the first time all banks with more than $50 million in assets passed since the Fed began conducting the test in 2009. 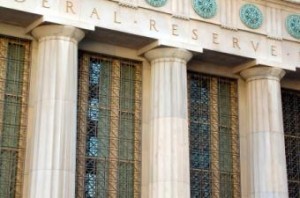 “The largest U.S.-based bank holding companies continue to build their capital levels and to strengthen their ability to lend to households and businesses during a period marked by severe recession and financial market volatility, according to results of supervisory stress tests.” the Fed announced Thursday.

Banks were tested under a hypothetical scenario featuring a deep recession with unemployment peaking at 10 percent, a decline in home prices of 25 percent, a stock market drop of nearly 60 percent and together the banks would see a projected $340 million total in loan losses. Results shows the bank’s aggregate tier 1 common capital ratio, which compares high-quality capital to risk weighted assets, would fall from 11.9 percent in the third quarter of 2014 to a minimum level of 8.2 percent in the scenario. This minimum level is higher than the 5.5 percent measure in 2009 and the 7.9 percent ratio from last year.

"It means our banking sector is pretty healthy right now from the perspective of how much money they are holding," Anna Krayn, head of stress testing for Moody's Analytics, told USA Today. "Some would argue that there's excess capital in the system,"

Bank of America’s tier one common ratio was 7.1 percent, lower than the 8.1 percent the bank projected from its own calculations. Last year, Bank of America got permission to raise its dividends, which the banks used to reward shareholders. The results from this test will factor into the Fed’s decision next week about whether to approve this plan for a second time. Banks that fall closer to the minimum requirement of 5 percent might scale back their dividends or buyback plans before the Fed announces the final results on Wednesday.

Banks have been preparing for stricter Fed regulations by building their capital reserves to protect against losses even before this year’s test. Citigroup brought former executive Gene McQuade out of retirement to increase their chances of passing the test this year. Last year, the bank was the only one to fail the test, making this year’s test a big deal , especially for CEO Michael Corbat, whose future might be determined by Citi’s performance.

This is the fifth round of testing conducted by the Fed since 2009 the third round required by the Dodd-Frank Act. These results are from the first phase of testing. On Wednesday the Fed will announce whether any of the 31 banks still need to rein in capital spending plans.