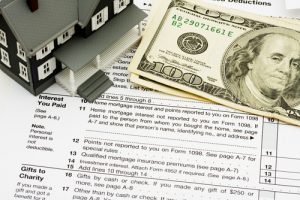 Lender sentiment is at an all-time low according to the latest Mortgage Lender Sentiment Survey by Fannie Mae that was released on Thursday. The profit margin outlook, as well as expectations on mortgage demand, have sunk to an all-time low matching the reading from the Q42016 survey for lenders.

Apart from profit margin concerns, consumer demand for purchase and refinance mortgage is weighing heavily on the minds of lenders, the survey found, with the net share of lenders who reported growth in purchase demand over the prior three months hitting negative territory for the first time in four years. Lender sentiment on mortgage demand fell to the lowest reading since Q12014.

Lenders also reported declining demand in refinance mortgage over the last quarter, with the net share of lenders expecting increased demand over the next three months continuing to drop and continuing a trend that began in Q1 2017.

“Lenders have faced an increasingly difficult market environment as they report the most sluggish refinance demand expectations in more than a year, the most anemic purchase demand outlook on record for any first quarter, and the worst profit margin outlook in the survey’s history,” said Doug Duncan, SVP and Chief Economist at Fannie Mae.

Easing of credit standards was another area where lender sentiment dipped during the quarter. The survey found that after rising for four consecutive quarters and reaching a survey high in Q4 2017, the net share of lenders reporting an easing of credit standards over the last three months has fallen across all loan types and has approached levels similar to the same period last year.

“Despite the pressures to remain competitive and profitable, signs of lender caution appear to be emerging,” Duncan said. “While more lenders eased lending standards than tightened them, continuing the trend that started more than three years ago, the net share of lenders reporting easing credit standards declined for the first time in five quarters to the lowest level in a year.”

Previous: Helping the Mortgage Industry, One Course at a Time
Next: Eye on the Industry: Updates on Citadel, Ellie Mae, and more …